Several Redmi Note 10 seriessmartphone users have now taken to Twitter to complain about major display issues which include screen flickers, poor touch response and others. 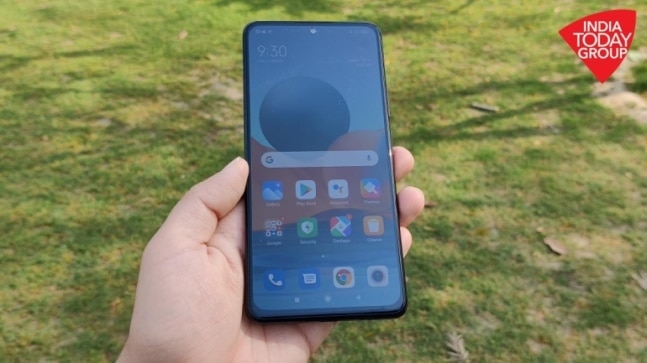 Redmi Note 10 series was one of the first in under Rs 20,000 to feature AMOLED displays.

The Redmi Note 10 Pro and Redmi Note 10 Pro Max have emerged as two of the most sought-after mid-range smartphones of this year. Both the devices come with impressive set of features including AMOLED displays, good camera systems and decent battery life. However, several Redmi Note 10 series smartphone users have now taken to Twitter to complain about major display issues which include screen flickers, poor touch response and others.

A Twitter user who goes by the name of Tarun Sharma tweeted that one of his friends had bought the Redmi Note 10 on March 18 but started facing touch issues within two days. He added that the person couldn't even type properly and got the phone replaced on April 1. In a separate tweet, Tarun claimed that even the second unit started facing similar issues within one week.

"He asked service Centre about it they said its not due to hardware it's due to software so wait for 1-2months for new software update to come. He doesn't want to wait for 1-2months," Tarun tweeted, while adding that the centre also refund his friend's money.

Meanwhile, another user who goes by the name Mridul Verma, claimed that his Redmi Note 10 Pro unit was facing minor screen flicker issues while running on the 120Hz refresh rate. The phone was working fine when switched to 60Hz refresh rate mode.

Another user Rishi also tweeted that he purchased a Redmi Note 10 Pro just three days back and is facing screen flicker issues. Rishi added that the issue appears to be more sustained when he is using the phone in dark mode. Several other users also took to Twitter to talk about these issues.

To recall, Redmi Note 10 series was one of the first in under Rs 20,000 to feature AMOLED displays. While the standard model runs 60Hz panel, both the Pro models have support for 120Hz refresh rate and 240Hz touch sampling rate.

India Today Tech has reached out to Xiaomi India for an official statement on the same and will update the copy, once received. At this moment, it seems like a genuine issue faced by multiple users but can be fixed using a software update. Xiaomi should be looking to roll out one soon. Else, it should initiate a device replacement programme.