The Redmi Note series has been one of Xiaomi's most popular and sold smartphone line-ups in India. It started this year by introducing three smartphones as part of the Note 10 series Redmi Note 10, Redmi Note 10 Pro and Redmi Note 10 Pro Max. All of them were in high demand and were sold out immediately after going on sale. Seems like that wasn't enough for Xiaomi. It has now added a fourth smartphone to the line-up to cover whatever little price points were left in the mid-range category.

My first thought was that probably the Redmi Note 10S was not needed at all. But, it does come with few changes when compared to the Redmi Note 10. The Redmi Note 10S features a 64-megapixel main camera, has MediaTek's Helio G95 SoC and the much-awaited MIUI 12.5. I have used the device for little over 24 hours and while we will bring a detailed review of it later, here are my quick impressions about it.

The Redmi Note 10S carries the same Evol design language we saw on the earlier Redmi Note 10 line-up. The phone is more compact than the Pro models and that's something I instantly liked. It is sleek, compact, comfortable to hold and catches fingerprint smudges but, doesn't show them easily. There is a triple rear camera module in the top-left corner and Redmi branding at the bottom. Xiaomi has used a side mounted fingerprint scanner on top of the power button. The right side houses both the volume controls and power buttons. The type-C USB charging port, speaker and 3.5mm headphone jack are at the bottom. The second speaker and IR blaster are on the top.

The phone was launched in three colour options - Deep Sea Blue, Shadow Black, and Frost White. I got the blue colour variant for review and it looks good. It's very similar to the Bronze colour variant Xiaomi used on the pro models but replaces the glass back with a plastic back. 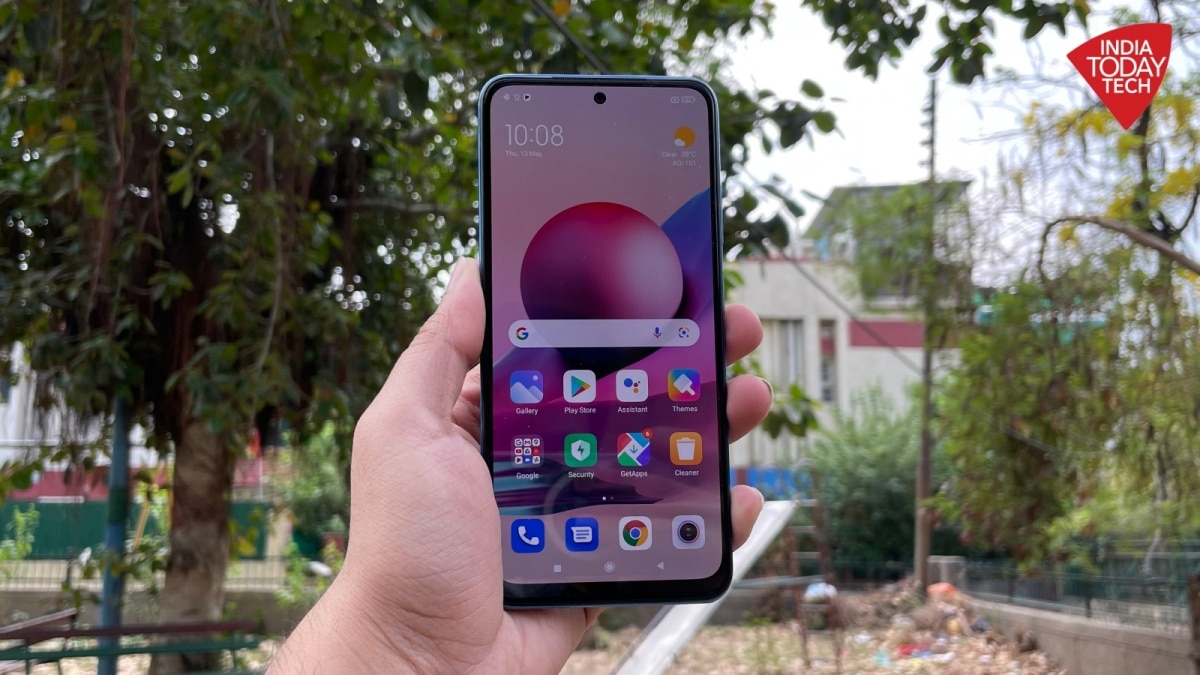 On the front, you get a 6.43-inch Full HD+ AMOLED display with 60Hz refresh rate, and Corning Gorilla Glass 3 protection. The hole-punch cut out at the centre looks bigger than the other Redmi Note 10 phones. Also, both the Pro models come with 120Hz of refresh rate while the price difference isn't that much.

All the earlier launched Redmi Note 10 smartphones used Qualcomm Snapdragon chipsets but, the Redmi Note 10S packs MediaTek's Helio G95 SoC. It is company's 2020 chip for affordable phones. Just like the previous Redmi Note 10 phones, the Redmi Note 10S is also a 4G only device. Honestly, that shouldn't bother you as we are far off from getting 5G connectivity in India.

I will be testing the Redmi Note 10S over the next few days and see if it is good enough for gaming and other heavy-duty tasks. So, stay tuned for Redmi Note 10S full review on India Today Tech. 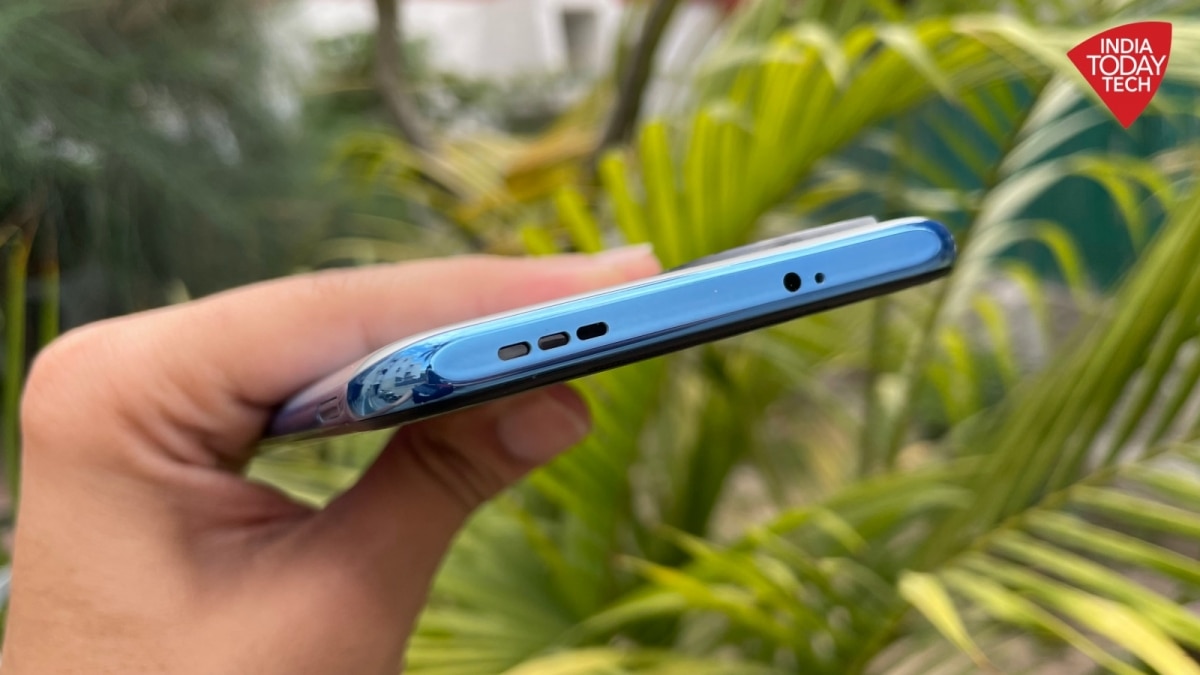 As far as the battery goes, the phone packs a big enough 5000mAh pack and comes with a 33W fast charger inside the box. The phone is also IP53 rated for dust and water resistance. 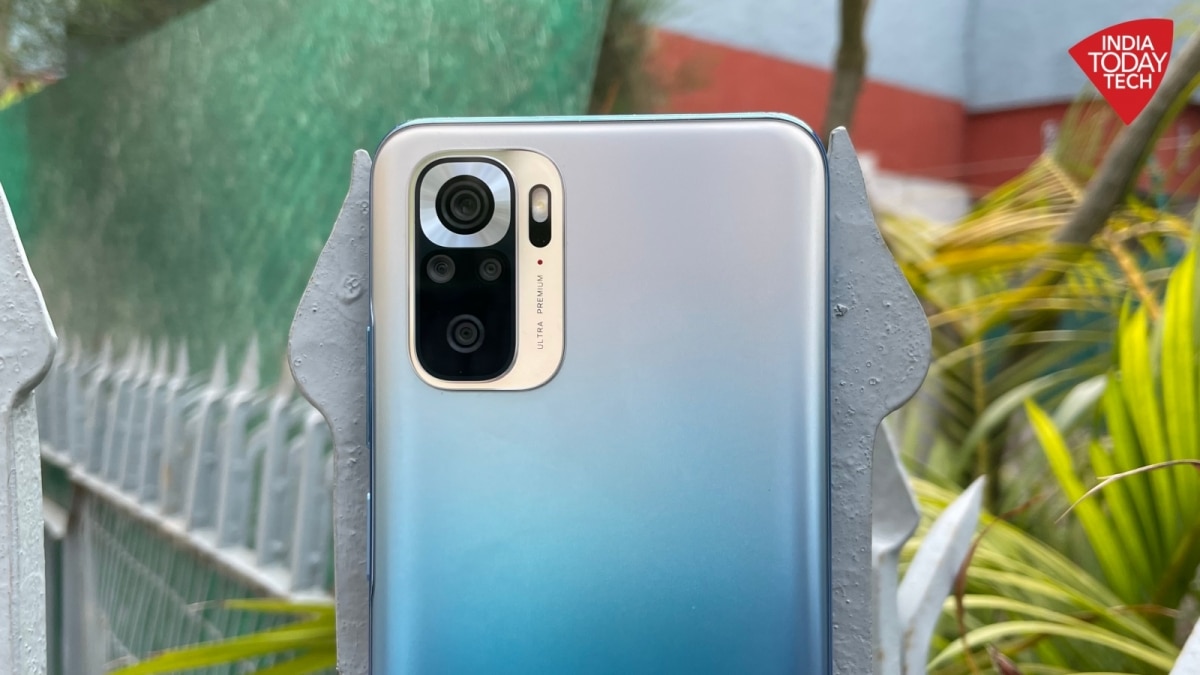 The main camera is an upgrade on the 48-megapixel primary sensor used on the Redmi Note 10. The camera app is the usual that you get on Xiaomi phones. It has different modes including Photo, Video, Portrait and Pro modes. The other options include Night Mode and 64MP. There is no clone mode as on the Redmi Note 10 Pro models. 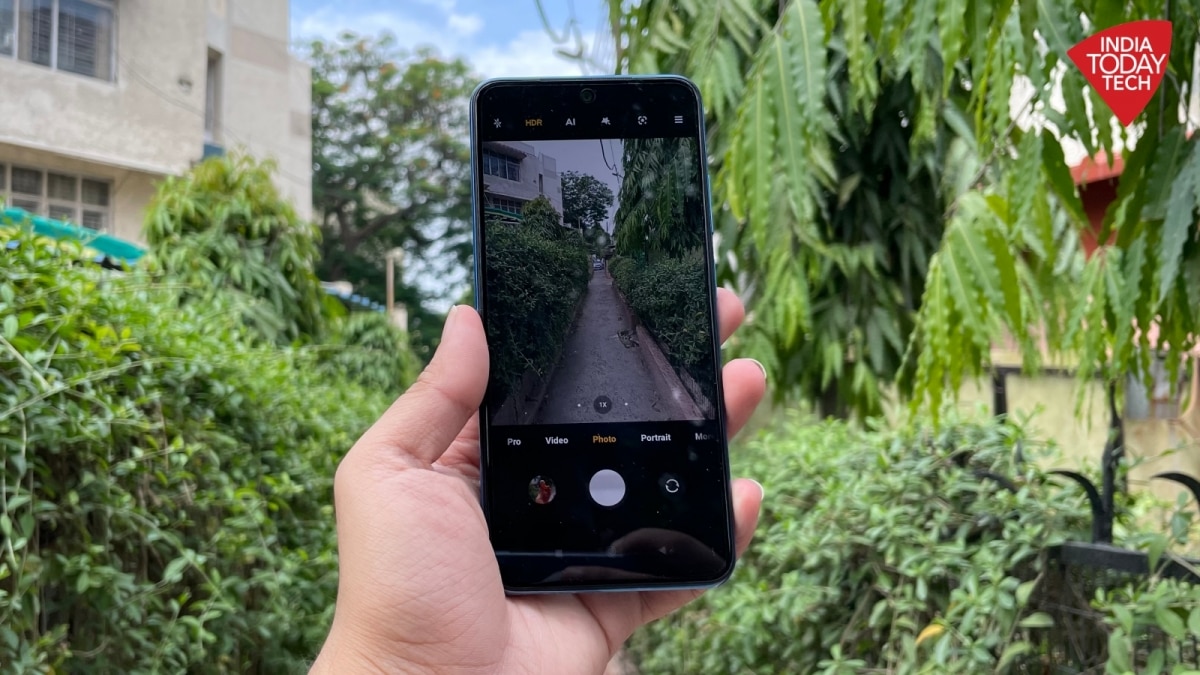 I have only clicked a few pictures with the Redmi Note 10S so far and the results seems fine for the price point. The image clicked in the portrait mode was slightly more saturated than the normal image. Both the pictures had a bokeh effect to them but, it is visibly more aggressive on the portrait mode.

Redmi Watch with sleep and heart rate monitoring launched in India at Rs 3,999