The two phones are said to feature slightly different specifications with the Redmi Note 9 5G said to be powered by a Dimensity 800U SoC. 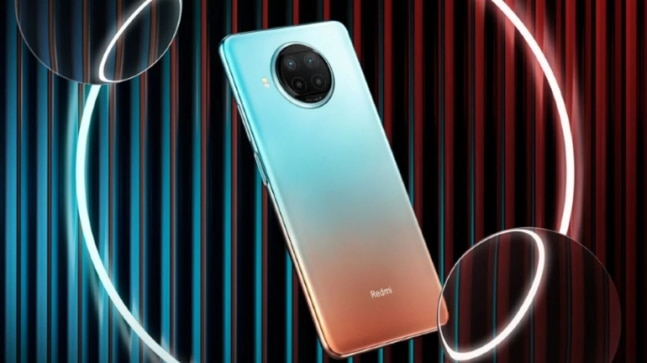 Xiaomi is all set to launch its Redmi Note 9 5G series later today. The company is set to launch as many as two new phones at the launch event where it is expected to take the lid off two new phones, the Note 9 and Note 9 Pro 5G phones, along with a new smartwatch.

The new phones are expected to feature a powerful spec sheet which will be a definite upgrade over what is available on the Redmi Note 9 phones available globally. Set for a launch in China for now, the two phones have been leaked incessantly over the past few weeks and has also been teased quite a few times ahead of its launch.

The last teaser about the phones involved Redmi General Manager Lu Weibing reveal the phone's design and colour along with some key specs. The teaser image shared by him appeared to show a Redmi Note 9 Pro 5G device with a circular camera module housing four rear cameras, and a gradient finish. The teaser image also shows a side-mounted fingerprint sensor. While a particular time of launch is not known, we will update this space as soon as anything is made official about the launch of the phone.

Earlier, Lu Weibing had confirmed key specifications of the Redmi Note 9 Pro 5G including the fact that it will be powered by the Qualcomm Snapdragon 750G chipset and a camera set-up that can shoot "192 million pixel" photos. Apart from this, he did not reveal anything about the phone in its teaser post. However, the phone has been leaked more than once revealing the key internals of the device ahead of launch, with the Redmi Note 9 Pro 5G also being spotted on Geekbench.

The listing revealed the device will be quite different from the Redmi Note 9 devices already available in other countries across the globe. The listing on Geekbench talks about the Redmi 9 Pro and claims that the phone could come with Android 10 and 8GB of RAM.

Other leaks have said that Redmi Note 9 5G will be priced at 999 Yuan while the Redmi Note 9 Pro 5G may start at 1,499 Yuan. The two phones are said to feature slightly different specifications. This is because the Redmi Note 9 5G is said to be powered by an octa-core MediaTek Dimensity 800U SoC, paired with three RAM and storage configurations - 4GB-64GB, 6GB-128GB, and 8GB-256GB. There could be a 6.53-inch 1080p LCD and a 5000mAh battery on the device. Camera-wise, there could be a 48-megapixel shooter among others on the back and a 13MP snapper on the front.

The Redmi Note 9 Pro 5G on the other will come with an octa-core Qualcomm Snapdragon 750G processor with up to 12GB RAM and 256GB storage. Leaks claim the Redmi Note 9 Pro 5G could come bearing a 108-megapixel main camera on the back while the selfie camera could have a 16MP shooter. There will also be an in-display sensor on the smartphone. And while display details are not available, we can expect an OLED panel.

Twitter gets Fleets, voice tweets, and other important features

Landline users must dial zero before a mobile number from January 15, here is why