The Redmi Note 9 is a worthy upgrade over last year's Redmi Note 8. However, does it offer better value than other competing phones in the segment? We find out. After launching the Note 9 Pro and Note 9 Pro Max in India earlier in the year, phone maker Redmi has now added to the series again by launching the Redmi Note 9 in the country. This latest smartphone from the company brings pretty much the same promise of aggressive price to performance ratio and refined design that looks premium for the price point.

We have the top-end model with us for review. Here's what we think about it.

The design of Redmi Note 9 will remind one very much of its more expensive siblings, however, there are major differences here that set it apart from them. To begin with, the Redmi Note 9's back panel is made of plastic instead of glass. This gives the phone a more lightweight profile than it's siblings, but also makes it more of a smudge magnet, and appear far less premium than them.

The placement of the fingerprint scanner at the back has also afforded Redmi the chance to introduce a plastic unibody design, with the phone's back panel merging seamlessly into the front of the phone where lies the device's display.

This unibody design makes the phone quite ergonomic, and generally convenient enough for even single-handed usage, despite the fact that we have a quite a big display on show at the front of the phone. Talking about its panel, the Redmi Note 9 brings with itself a 6.53-inch LCD display that owing to the price point it's being sold at gives fancy features such as high refresh rate and resolutions a miss. Instead, the display supports a standard FHD+ resolution which is protected by a sheet of Corning Gorilla Glass 5.

In terms of performance, this panel does the job quite well. Apart from the lack of support for fancy features, the display is quite good in general as it manages to produce punchy colours and get decently bright even under sunlight because of its support for up to 450 nits of peak brightness. The screen also brings good viewing angles, and texts, as well as videos and pictures, generally look quite crisp on it.

The display also houses a camera module on the front which is placed to the left and does a good job of not taking the user away from enjoying an immersive experience while watching videos, movies or playing games on the device. However, the panel is surrounded by a fair amount of bezels, which depending on your love for them, may or may not prove to be a deal broker of sorts. 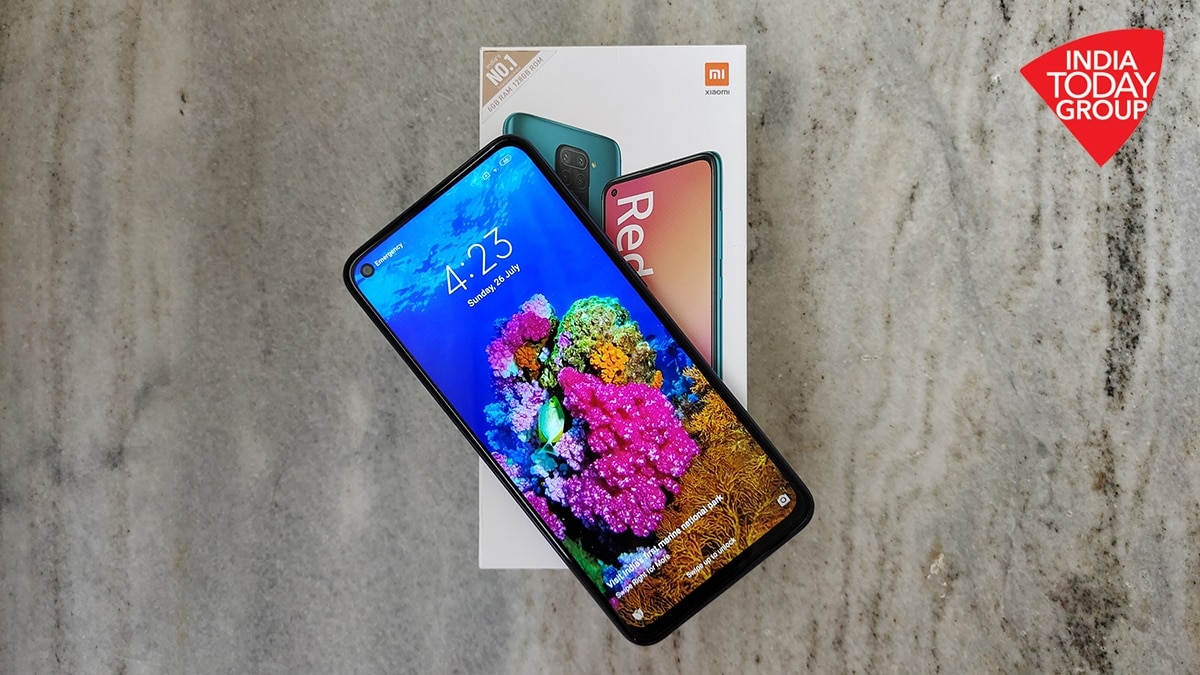 Under the hood, the Redmi Note 9 uses a MediaTek Helio G85 chip, which uses a processor with two performance cores and six efficiency cores. The phone is available with up to 6GB of RAM with either 64GB or 128GB storage options that can be expanded using a MicroSD card.

The core hardware is tasked to run a copy of Android 10-based MIUI 11 however, the company has promised an upgrade to MIUI12 very soon in the future. For any returning Xiaomi or even most Android users, the UI would prove to be a breeze to navigate as it brings more of the same things that we've gotten used to over the past few months and years.

Because of the feature-rich nature of this UI and the use of this chipset, the Redmi Note 9 also emerges as a powerful performer for the price segment. Be it benchmarks or day-to-day usage, this Helio G85 chip powered phone, does ever so well under all possible circumstances. Largely down to the fact that the phone brings a very capable chipset and pairs it to ample amount of RAM, which helps the phone manage most lightweight applications and even heavy games without much problem the latter especially true on the top-end 6GB RAM variant of the device.

While we did not put the device through the sword of benchmarking tests, we did, however, test it using some of the most popular games available on Google Play at the moment. We tested the phone by playing games like Call of Duty Mobile and Last Shelter Survival on it, and we found that both did well on the device.

With the former, we were even able to switch to high graphics settings and still see the phone perform without running into any hitches. The phone is also decent at managing heat, however, long gaming sessions can turn it a lot hot under the hood.

Keeping the lights on the device is a 5020mAh battery that supports 22.5W fast charging. It also gets a 22.5W fast charger in the box for topping the battery quickly. The Redmi Note 9 also gets a USB-C port, a 3.5mm headphone jack, NFC for select markets, and an IR blaster.

Talking about the battery, the Redmi Note 9 proves to be quite competent in the department. The phone's massive battery pack ensures the Redmi Note 9 can easily last over a day on a single charge. And even when it does run out of juice, the fast charger does a decent job of topping the battery up quite quickly. For cameras, there's a quad-lens system with a similar squarish design as found on the Redmi Note 9 Pro and Pro Max models albeit with a black patch extended further down to conceal a capacitive fingerprint sensor. The quad cameras contain a 48-megapixel main camera using a Samsung GM1 sensor that's assisted by an 8-megapixel ultra-wide-angle camera. You also get a 2-megapixel macro camera and a 2-megapixel depth camera. For selfies, there's a 13-megapixel camera using an unknown sensor.

The performance of all the lenses is quite satisfactory for the price, with the primary lens clicking some nice pictures in well-lit conditions. However, in low light scenarios, the phone does leave a little to be desired. While pictures clicked during the day, or under enough natural light, do come out quite detailed, and also appear vibrant in colour if not always accurate as well as offer decent contrast, low light photographs do come out looking a little noisy and generally lack accuracy in colours.

The Redmi Note 9's AI does a decent job when you switch the Night Mode on for photos, however, the resultant pictures do tend to come out a bit over-processed at times and as such look a little unnatural when it comes to colours and treatment of shadows.

These issues also plague the ultra-wide lens too. However, as we found out during our review, the lens does well at its basic task of expanding the user's field of view, and as such proves to be a good option to have on the phone. The depth sensor also does a good job, with portrait shots clicked on the phone generally coming out with decent details and creamy blur effect.

The phone's front camera also doesn't disappoint, with selfies taken in daylight also coming out quite crisp and featuring good details. The front camera also supports the portrait mode, however, the results here aren't as impressive as what we found on the rear camera. 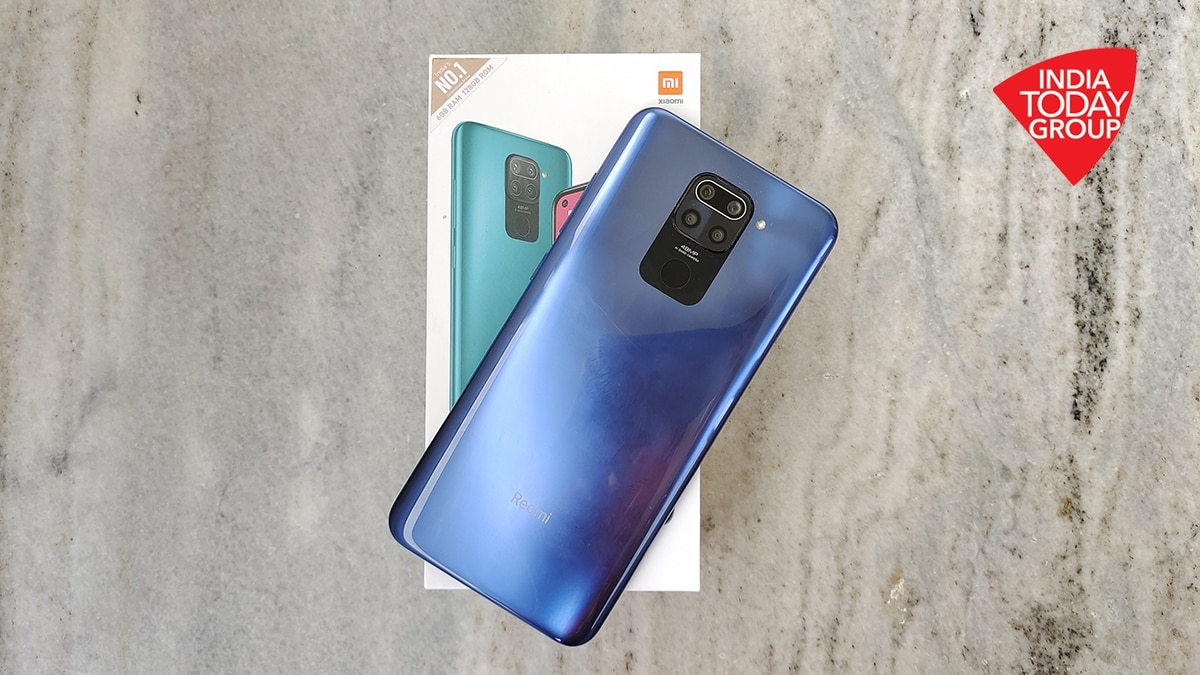 Redmi Note 9: Should you buy it?

The Redmi Note 9 is a good option, if not the best in the price segment it comes fighting in. The phone impresses in certain areas such as the battery life, display and even its overall performance. However, it eventually ends up proving to be the sum of its price as its cameras, and surprisingly the design let it down a little at crucial times.

While Redmi's inability to offer the device at a lower price point is definitely a major contributing factor in making this difficult to recommend, the fact that the Redmi Note 9 doesn't do wonders in the camera and design department definitely makes us wonder if the reader's hard-earned money would be better spent on a slightly more expensive, but overall better Poco M2 Pro or even the Redmi Note 9 Pro both of which if we are being honest are essentially the same phones with slightly different design treatments.

Garmin hit by outages after ransomware attack, navigation tools down