Launched in three sizes - 50 inches, 55 inches, and 65 inches – with all 4K HDR LED panels on all variants, the Redmi TV sits in between good and great. The television runs on Android 10 with stock Android TV launcher.

Expectations can be dangerous. Who knows this better than Xiaomi! The electronics maker is expected to disrupt every category and segment it enters in. That often goes against it - something that applies to the first ever Redmi TV in India. Those who follow the television industry closely would be aware that Xiaomi has been selling smart televisions in India under its more premium branding. It is now looking to target a fresh set of customers with the Redmi TV. At least the first attempt fails to differentiate itself from the already existing Xiaomi TVs.

Launched in three sizes - 50 inches, 55 inches, and 65 inches with all 4K HDR LED panels on all variants, the Redmi TV sits in between good and great. Before we talk about any of that, let me just put out a disclaimer that we have spent less than 24 hours with the new Redmi TV and this is just the first impression.

The Redmi TV is priced at Rs 32,999 for the X50, Rs 38,999 for the X55, and Rs 57,999 for the X65 variant. All the variants have exactly the same features, just in different sizes. We had the last for review purposes and it is huge. Finding a corner for the 65-inch variant in your house won't be easy and the 55-inch variant should be enough for most viewers. The latter also offers an excellent value. 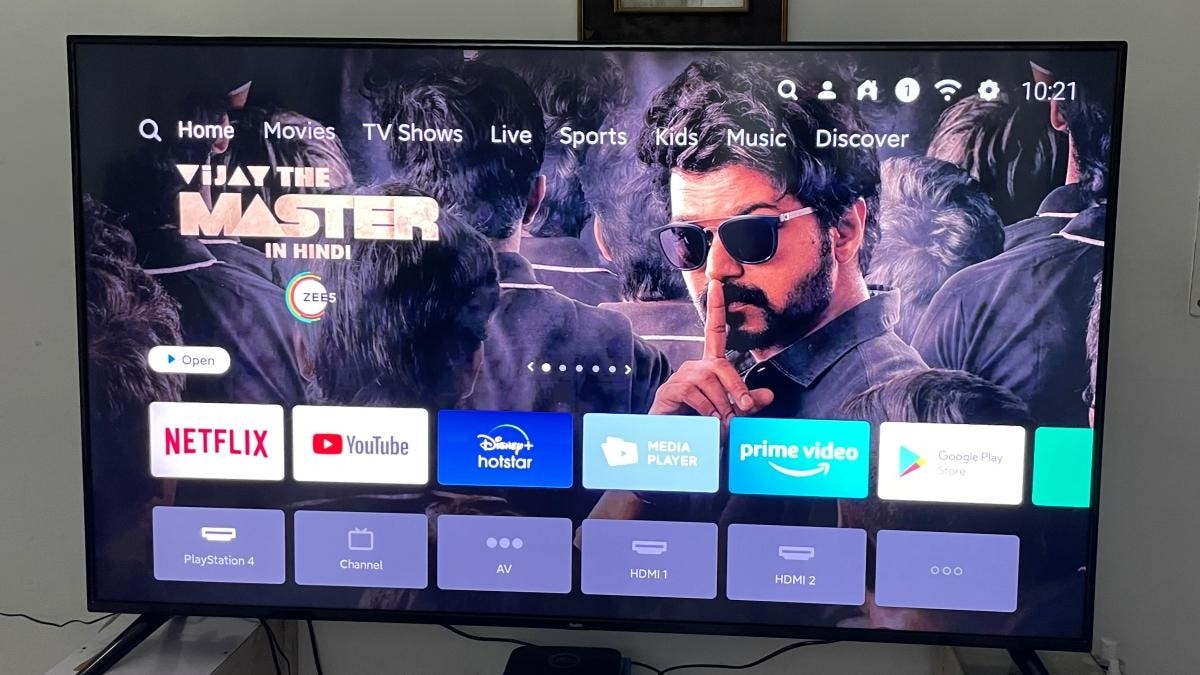 There is a significant gap in the pricing of 55-inches and 65-inches models. Also, several brands including Nokia, Motorola and Kodak are selling the 65-inches models under Rs 55,000. Even Xiaomi's Mi TV QLED is selling around the same mark. Even though it has a 55-inch screen size, the display quality is better than that of the Redmi TV.

Having said that, the television sector has seen a surge in overall price with hike in customs duty, a rise in the cost of input material like copper, aluminium, and steel and an increase in ocean and air freights charges. So, Xiaomi hasn't done that bad either. It's just that the price doesn't feel as disruptive as it usually does with company's products. All three televisions come with support for the Dolby Vision and HDR10+ formats for high dynamic range content. They feature Reality Flow and Vivid Picture Engine for better viewing experience. I watched Ford vs Ferrari, an episode of WandaVision, and played few games of FIFA 21 on the Redmi TV. The high-quality content looks stunning on the Redmi TV. Anything shot in 4K or with Dolby Vision (as in case of WandaVision) is a delight but low-resolution videos appear uglier because of pixelation. The bezels have been kept thin. The overall body is also sleek.

The television runs on Android 10 with stock Android TV launcher. It also features Xiaomi's PatchWall UI which lists selected content for users. The interface is easy to understand for anyone who have used a Xiaomi TV in the past. Others will take some time to get used to multiple windows and content suggestions. There is also Google Chromecast built in which comes in handy. This will also Xiaomi's first TV to have the Mi Home app for IoT products supported on the TVs. Redmi TV is powered by a 64-bit quad-core Mediatek processor with 2GB of RAM and 16GB of storage for apps. There is also auto low-latency mode (ALLM) for better performance with gaming. The Redmi TV remote control is very similar to the remote control that comes with the Mi Box 4K. It has dedicated hotkeys for Netflix and Prime Videos.

Overall, the Redmi TV is a good attempt by Xiaomi. It has decent picture quality, good audio output and several impressive features. Yet, this series is an interesting case where the middle variant seems like a far better option than other two models despite having exactly the same specifications. The 65-inch variant is too big for a usual household and has the highest competition among all. It would have been a great option had Xiaomi priced it closer to the Rs 50,000-mark. We will be testing the television over the next few days and bring a detailed review of the same on India Today Tech. Till then, Stay tuned!

Also Read | Facebook to start cracking down on groups for breaking its rules
Also Read | OnePlus 9 Pro price, specifications, release date, and everything we know so far
Also Read | Instagram will stop adults from sending messages to teens who don't follow them

Facebook to start cracking down on groups for breaking its rules