Reliance Jio, Airtel and Vodafone plans offering 730GB per year: All you need to know

Airtel and Reliance had introduced new yearly plans while Vodafone still has the same plan that it offered earlier. The plans offer data per day, calling benefits, free SMS and complimentary subscription toapps. 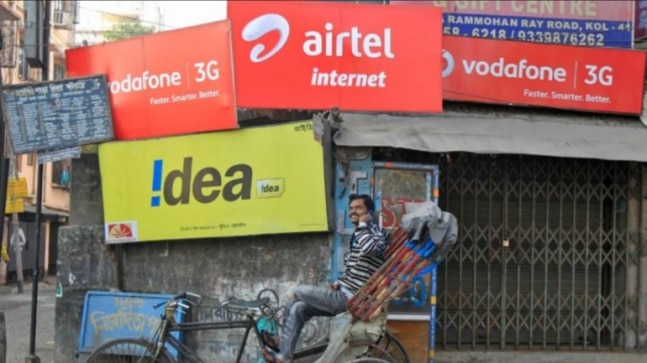 Reliance Jio, Airtel, and Vodafone have prepaid plans for all types of users. While some likely to recharge their phones every month, some use the yearly prepaid plans. In many ways, the long term plans are better than the short-term plans as it offers all the benefits, saves people from recharging every month and is a bit cheaper if compared to other prepaid plans.

Airtel and Reliance had introduced new yearly plans while Vodafone still has the same plan that it offered earlier. The plans offer data per day, calling benefits, free SMS and complimentary subscription to apps.

Reliance Jio had added two new yearly prepaid plans to its list, Rs 2399 and Rs 2599. The 2399 prepaid plan ships with 2GB high-speed data per day along with Jio to Jio Unlimited calling and Jio to Non-Jio FUP of 12,000 minutes. The plan also provides 100SMSes per day and a complimentary subscription to Jio Apps. The 2399 prepaid plan by Jio has a validity of 365 days. So the total data that this plan offers per year is 730GB.
Apart from this, Jio also launched another yearly plan costing Rs 2599. The prepaid plan ships with unlimited Jio to Jio voice calling, 12,000 non-Jio minutes and 100 SMS per day. It offers a total of 56GB per month along with extra 10GB. The plan also ships with a free subscription to Disney+ Hotstar VIP worth Rs 399. So it offers a total of 740GB data per year.

Vodafone hasn't announced any new plan in a while now and it still has the existing prepaid plan priced at Rs 2399. The plan ships 1.5GB data per day and is valid for 365 days. The plan also provides unlimited calling to all networks and 100SMS per day. The 2399 prepaid plan offers a complimentary subscription to streaming apps Vodafone Play worth Rs 499 and ZEE5 worth Rs 999.