LeEco Bluetooth speaker comes in a neatly-packed plain box and the first thing that caught my attention was the LeTV branding on the top of the speaker. 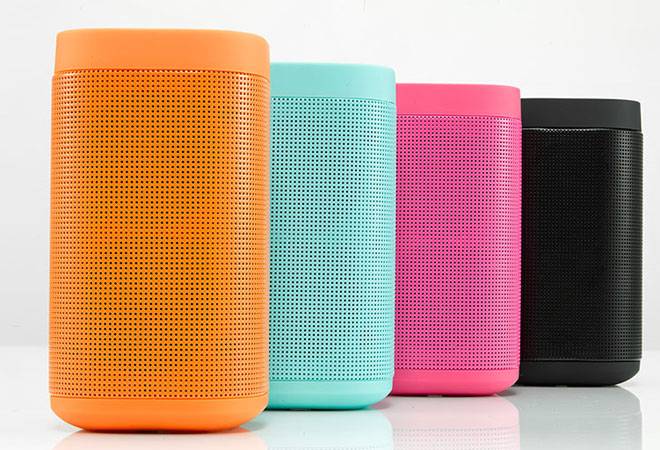 Chinese technology company, LeEco, entered the Indian market in January this year with launch of two smartphones - Le 1 and Le Max. Advertising heavily, the company has rapidly expanded its portfolio with back-to-back launches of smartphones, 4k LED TVs, headphones and now Bluetooth speaker. While the company believes in launching products at disruptive pricing, the recently-launched Bluetooth speaker priced at Rs 1,999 is only competitive, similar to Xiaomi's speaker.

LeEco Bluetooth speaker comes in a neatly-packed plain box and the first thing that caught my attention was the LeTV branding on the top of the speaker. Just to recap, LeTV was rebranded as LeEco only in January this year. So it seems that my review unit was an old one, which was manufactured before the rebranding.

The speaker comes in cylindrical shape, which seems to be inspired by JBL Flip Bluetooth speaker. Done in bright colours, my review unit in turquoise green looked good. Although the device is made of plastic, but it doesn't look cheap and has got speaker grills on all the sides offering 270 degree surround sound. It is 6.75 inches tall and weighs 360 grams. There is a circular button on the top surrounded with circular LED that indicates the mode of the speaker. Blue light quick flash means power on and it stays red while charging. However, there are no physical volume controls.

When turned on for the first time, my iPhone was able to search and pair it instantly. The sound output was loud. Vocals were clear and the beats could be felt clearly. The speaker was good enough for a small room or while camping in a small group outdoors. It can also be used for answering calls. It comes with 1200 mAh battery, which the company claims can last up to 8 hours. During out test, it gave us close to 7 hours on a single charge. The speaker supports micro-USB port for charging and a compact charging cable has been added to the box. An addition of a carrying case within the box would have made it easy and hassle free to carry this speaker.

Minus: no volume controller

Apple iPhone 7 launch: What can we expect?