Samsung Galaxy Buds Live are not coming back, no matter you loved or hated the bean-like design on them. 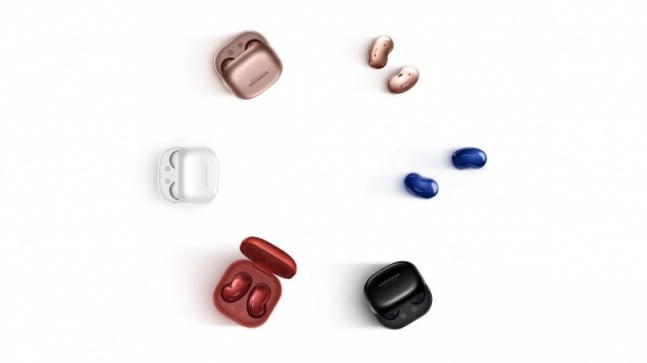 Samsung's recent truly wireless earbuds are inaptly called Galaxy Buds Live because they do not look anything like earbuds. Instead, Galaxy Buds Live earbuds borrow the design from kidney beans, causing several tech enthusiasts to parody the name, calling them Galaxy Beans. But it seems Samsung did not take it sportingly. At least that is what the piece of new information about Samsung's next TWS earbuds has revealed. The next-generation Samsung earbuds will not look like beans after all and will be known as Galaxy Buds Pro.

According to a fresh listing on the Indonesian telecommunications certification website, Samsung's next pair of truly wireless earbuds will be called Galaxy Buds Pro. And while that is not unusual, the design of these earbuds seeks inspiration from the generation of earbuds before the last one. Shunning the beans-like design, the Samsung Galaxy Buds Pro will be identical to Galaxy Buds Plus, according to the renders shared by SamMobile. So, if the design is going to be all the same, the major changes that Samsung has planned for the Galaxy Buds Pro include a better ambient mode and active-noise cancellation (ANC).

The in-ear design of the Galaxy Buds Pro will allow for a better seal, thereby, increasing the effectiveness of active noise cancellation, which in Galaxy Buds Live's case was underwhelming. The biggest reason why that happened because of the open-air fit on the Galaxy Buds Live that Samsung imparted to offer comfortability. The bean-shaped earbuds found appreciation for their quirky design, which although was experimental still got it right convenience wise. Everything else, such as the sound and active noise cancellation, however, suffered because of that.

Samsung's next truly wireless earbuds will go back to looking like previous-generation earbuds, but that will ensure better sound quality and more effective active-noise cancellation, which are necessary and should be quantifiable for the price, at least on paper. The next-generation Galaxy earbuds will take on the Apple AirPods Pro earbuds, which are by far the best sounding truly wireless earbuds with good active noise cancellation in their price category.

The Samsung Galaxy Buds Pro are likely to be launched alongside the Galaxy S21 flagships, the renders of which have already begun leaking. Since the earbuds are getting clearance from different regulatory bodies in different countries, the launch seems closer. It could take place sometime in January, which is also when Samsung could be planning to launch the Galaxy S21 devices. The Galaxy S21 smartphones are not going to look anything different from what the Galaxy S20 series smartphones look like. And there are going to be at least three variants under the Galaxy S21 series, much like those in the Galaxy S20 lineup.

I am eagerly waiting for the Samsung Galaxy S21 lineup but secretly hoping Samsung brings the Galaxy S10e back in a new avatar. It was the pioneer of how so many high-level innards can be crammed into a compact sized-device. Apple did that with the latest iPhone 12 mini that is nearly the same as the iPhone 12 sans the dimensions. Samsung, too, I believe, needs to redo that magic. I love the Galaxy S10e for more than one reason. I have written extensively why smartphones need to be small again and hope Samsung heeds that.

Moto G9 Plus may launch in India soon; check out specs, features, other details