The Samsung Galaxy A21s is the company's most affordable A-series smartphone in India right now. Here's all you need to know about it. 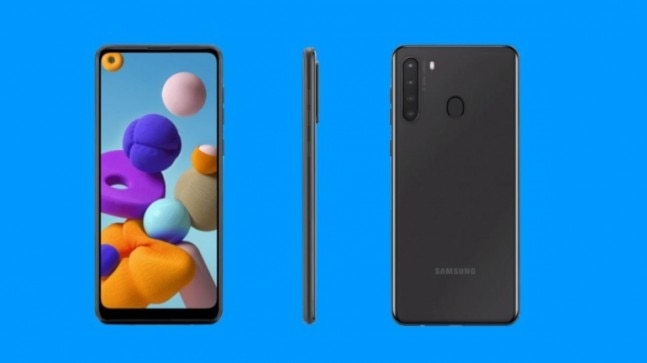 Samsung claims the Galaxy A21s is built to "deliver meaningful innovations and an awesome mobile experience for everyone." The Galaxy A21s comes with a number of interesting features, including a 48-megapixel quad camera, Infinity-O display, and a big battery.

"Samsung is focused on bringing meaningful innovations to all its consumers. With Galaxy A21s, we are offering the 'best of everything' from our A-series line up a true 48 MP quad camera, an immersive HD+ Infinity-O display, and a 5000mAh long-lasting battery. Galaxy A21s also comes with our signature defense-grade Samsung Knox security platform which ensures the safety and security of consumer data," said Aditya Babbar, Director, Mobile Business, Samsung India.

Samsung Galaxy A21s has been made available in black, white and blue colours, starting today across retail stores, Samsung Opera House, Samsung.com and leading online portals. The phone will be available in 4/64 and 6/64GB variants and will be priced at Rs 16,499 and Rs 18,499 respectively.

The Samsung Galaxy A21s comes with Samsung's 6.5-inch Infinity-O display with a 20:9 display ratio. Under the hood, the Galaxy A21s is powered by the Exynos 850 chipset that comes with AI-powered Game Booster 2.0 which "improves frame rate and stability as well as reduces power consumption during your favorite games even in the maximum settings."

This has been paired to either 4Gb or 6GB RAM and 64GB of internal storage which can be expanded by up to 512 GB. The phone comes running Samsung's One UI interface which brings one-handed navigation and dark mode. Galaxy A21s comes equipped with Face Recognition and fingerprint sensor.

For cameras, there's a 48-megapixel quad camera set up, with an 8-megapixel ultra-wide lens, a 2-megapixel macro lens that allows consumers to take really close up shots, and a 2-megapixel depth camera for clicking shots in Live Focus mode. Galaxy A21s also comes with other features such as 8X zoom, a dedicated Food mode and Ultrawide Panorama. To further personalize your shots, it also provides a variety of stamps, filters and face-recognition based Live stickers. Galaxy A21s comes with a long-lasting battery that provides up to 21 hours of video playback. For this, the phone relies on a 5000mAh battery with 15W fast charging.