Starting at Rs 23,999, the Galaxy A51 is a device that caters to millennials, and as such brings with it features and a design that could appeal to the new-age audience. 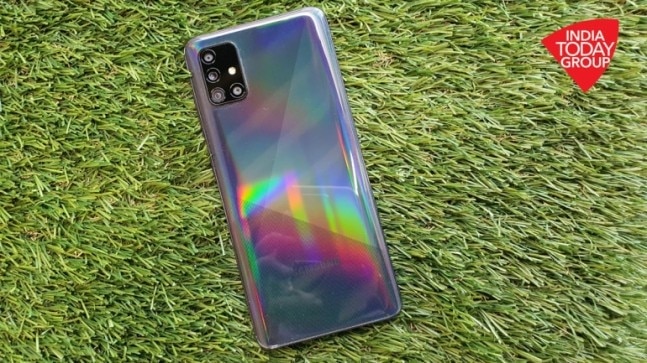 Samsung's Galaxy A51 has finally been launched in India, after being unveiled in Vietnam earlier last year. The smartphone has been launched as the latest mid-segment offering from the company in the Indian market.

At Rs 23,999 the Galaxy A51 is a device that is catered to millennials, and as such brings with it features and a design that could appeal to the new-age audience. But these aside, the device also brings an interesting spec sheet, one that despite being a hit and miss, is still worthy of being taken note of.

Here's a look at what the Galaxy A51 brings.

Chipset: Under the hood, the smartphone comes with an octa-core Exynos 9611 processor running at 2.3GHz.

RAM: The Galaxy A51 comes paired with 6GB of RAM

Storage: The phone brings 128GB of storage which can be expanded by up to 512GB using a MicroSD card.

Operating system: Android 10-based One UI 2

The Galaxy A51 is being marketed as a smartphone for millennials, and as such, it brings with itself a spec sheet and features with the particular crowd in mind. Of these, the highlight is definitely the device's massive display and the quad cameras it features on the back.

Being a quad lens solution, the latter brings to the user the flexibility of shooting photos in multiple settings. The primary lens with its high megapixel count also promises to click well-detailed shots.

In terms of the price, the Galaxy A51 has been launched in India at a starting price of Rs 23,999 for the 6GB RAM and 128GB storage variant. The phone has been announced to go on sale starting January 31 across online and offline channels.

Samsung Galaxy A51 launched in India with quad cameras, price starts at Rs 23,999

Samsung Galaxy A51 launched in India; check out price, specifications