Samsung Galaxy A51 launched in India with quad cameras, price starts at Rs 23,999

The Galaxy A51 is the successor of the Galaxy A50 from last year and comes to India after having been launched in Vietnam at the end of 2019. 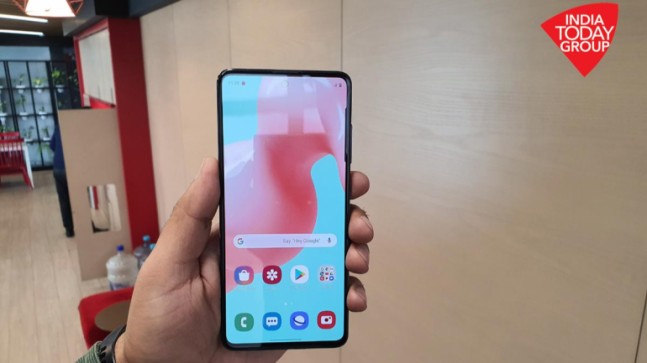 Barely days after launching the Galaxy 10 Lite and Note 10 Lite smartphones in India, Samsung has now brought the Galaxy A51 to India. The smartphone is the latest device from the company to flaunt a punch-hole camera totting Infinity-O display.

The Galaxy A51 is the successor of the Galaxy A50 from last year and comes to India after having been launched in Vietnam earlier in 2019. The device focuses on millennials and brings with its interesting features, including a quad-camera set-up with a 48-megapixel primary lens.

Samsung Galaxy A51: Price and availability

The South Korean tech giant has launched the latest A-series smartphone in the country in a single variant with 6GB of RAM and 128GB of storage. The variant has been priced in India at Rs 23,999 and will be available through offline and online channels starting January 31.

Hidden underneath is a 2.3GHz octa-core Exynos 9611 processor paired with up to 8GB of RAM and 128GB of internal storage -- expandable up to 512GB via a microSD card. The smartphone will be made available in three colours, Prism Crush Black, White, Blue, and Pink.

Apart from this, the phone also sports a quad-camera setup with a primary 48-megapixel lens sat next to a 5-megapixel macro lens, 12-megapixel wide-angle lens, and 5-megapixel camera for depth sensing. On the front, there's also a 32-megapixel lens for clicking selfies.

Keeping the lights on the device is a 4,000mAh battery with support for 15W fast charging. The phone has also been announced to come running Android 10-based One UI 2 which also brings the full version of Samsung Pay with it.

The device is also claimed to bring some on-device AI solutions for helping users with typing predictions and intelligent search.