Samsung Galaxy A71 could be launched today: Expected price, specs and features

The phone could be launched in India at around the Rs 30,000 price point, and as such, be positioned as a premium segment device. 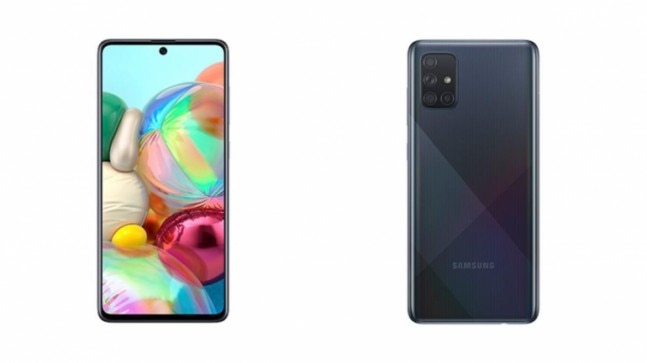 South Korean tech giant, Samsung, recently teased the launch of a new smarttphone, the Galaxy A71, earlier in the week, and now reports suggest the company could be all set to launch the phone later today.

Latest information revealed by IANS claims the company could end up launching the A71 in India later today. The report also claims the phone could be launched in the country at around the Rs 30,000 price point, and as such, be positioned as a premium segment device.

For the price, the phone will be made available in a single variant with 8GB of RAM and 128GB of storage. Although much isn't known about the device, the report does mention previous leaks which claim the phone could come with 4,500mAh battery with 25W fast charging.

Get ready to feel the rush! Samsung #GalaxyA71 with Awesome Performance is coming your way. Stay tuned. #Samsungpic.twitter.com/MY5zAAKQ0K

If the phone is indeed launched today, it would come close on the heels of the Galaxy A51 which was launched earlier this year. The Galaxy A51 is a strong mid-range offering by Samsung, and in terms of specs brings the same hardware as seen on the global versions of the device. As such, the Indian model of the Galaxy A51 ends up sporting a 6.5-inch FHD+ Super AMOLED Infinity-O display with a centered punch-hole cutout.

Hidden underneath is a 2.3GHz octa-core Exynos 9611 processor paired with up to 8GB of RAM and 128GB of internal storage -- expandable up to 512GB via a microSD card. The smartphone is being made available in three colours, Prism Crush Black, White, Blue, and Pink.