In terms of the design, the earbuds are shown to be pretty much the same as the one we saw last year. However, they do appear to bring with them some new features. 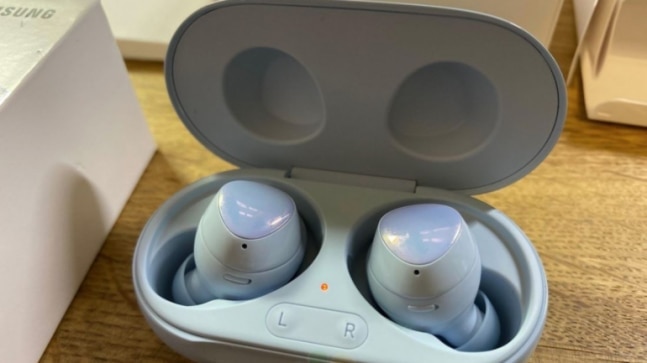 Samsung is scheduled to host its Unpacked 2020 event on February 11 in sunny San Francisco. The event is expected to play host to the unveiling of the company's flagships for the year, including the Galaxy S20 series, and its second foldable phone, the Galaxy Z Flip.

There have been suggestions that the event could also see the launch of the Galaxy Buds+ which now have been leaked in a new hands-on video that has revealed all there's to know about the truly wireless earbuds.

The leak comes courtesy of leakster Roland Quandt was who claims to have gotten his hands on the device via a European retailer. The leakster has uploaded an unboxing video of the unreleased wireless earbuds ahead of its launch, thereby ending the mystery around them.

In terms of the design, the earbuds are shown to be pretty much the same as the one we saw last year, but the two are being said feature different specs. As per the leak, the newer earbuds bring with them AKG-tuned dual-drivers (tweeter and woofer) for improved audio quality. There are also three microphones on each side for better call quality and double the battery life.

Much like the first generation Galaxy Buds, the upcoming earbuds feature optical sensors that automatically pause music when they're taken out of ears. The case of the buds also appears to feature a slightly different paint on it.

The new wireless earbuds also feature ambient sound passthrough and have been shown to come with increased talk time, wireless charging, Spotify gesture integration, and Game Mode. However, The Buds+ don't have active noise canceling setup. The earphones will be offered in four colors: black, blue, red, and white.

As we mentioned above, the Galaxy Buds+ will be the successor to the Samsung Galaxy Buds. They are being launched essentially as an option that promises to bring better battery life and a slightly tweaked design over its predecessor.

MWC2020: Organisers say show will go ahead, all measures in place to tackle Coronavirus