The Fold 2 will be the successor of the company's first foldable device, the Galaxy Fold from 2019. New leaks claim to reveal key specs and features of the smartphone. 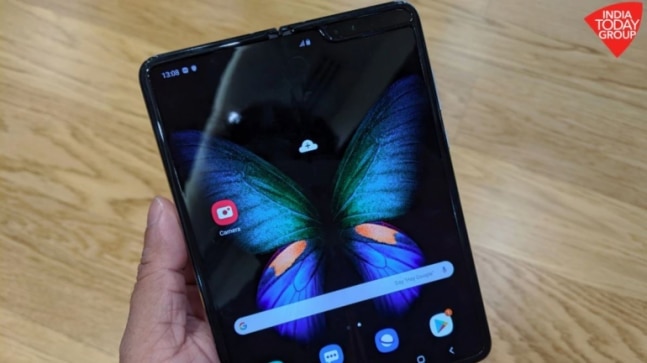 Samsung has been in the news over the last few days for its Galaxy S20 series and Z Flip phones. Of the two, the Z Flip has been hogging all the limelight because of its practical foldable display design. But even as the company is still in the process of making the device available to buyers, we now have new rumours about Samsung's next foldable phone, the Galaxy Fold 2.

The Fold 2 will be the successor of the company's first foldable device, the Galaxy Fold from 2019. As per a new report by Korean news outlet Ajunews, Samsung's Galaxy Fold 2, codenamed Champ, is set for a "mid-year" launch. The claim was later also echoed by Ross Young, the founder of Display Supply chain Consultants (DSCC).

Taking to Twitter, Taylor also claimed that the Fold 2 will have a 7.7-inch display when unfolded, while also adding that it would be a lot more expensive than the Z Flip and Moto Razr.

But Ross Young isn't the only one talking about the Galaxy Fold 2. XDA's Max Weinbach, who has been pretty accurate with his leaks in relation to the Galaxy S20 and Z Flip devices, has also gone ahead revealed some other information about the device.

Weinbach claims that the Galaxy Fold 2 will feature the same camera setup as the Galaxy S20 Plus. This would mean the phone gets a 12-megapixel wide-angle sensor sat next to a 64-megapixel telephoto lens, and a 12-megapixel ultra-wide shooter, and a VGA time-of-flight sensor.

The tipster also revealed some details about the other specs of the device, including the display of the phone. Weinbach has claimed that unlike the Galaxy Fold which featured a basic panel on the outside, the Fold 2 will come equipped with a Samsung Infinity-V display and an S-Pen.