The renders also show off the design of the rear camera module of the phone, which appears to look very much like the one we've seen on the leaked images of the Galaxy Note 20 phones. 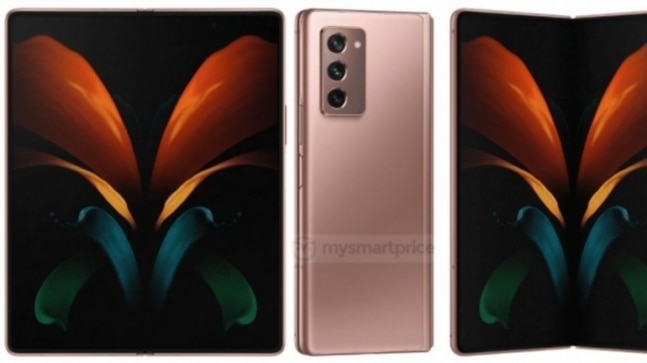 Samsung is set to launch its next foldable smartphone, the Galaxy Fold 2, at its upcoming Galaxy Unpacked 2020 event on August 5, and ahead of its launch, press renders of the phone have now leaked online, revealing not only the design of the phone but also showcasing it in two colors -- Mystic Bronze and Mystic Black.

These images confirm some interesting details, including the fact that the inner screen now has a punch-hole selfie camera. It also shows the outer display covering the entire area of the front of the phone, instead of just a part of it as we saw on last year's Galaxy Fold. The front again has a hole-punch selfie cam.

Interestingly, the renders also show off the design of the rear camera module which appears to look very much like the one we've seen on leaked images on the Galaxy Note 20. The phone also appears to share the Mystic Bronze color. 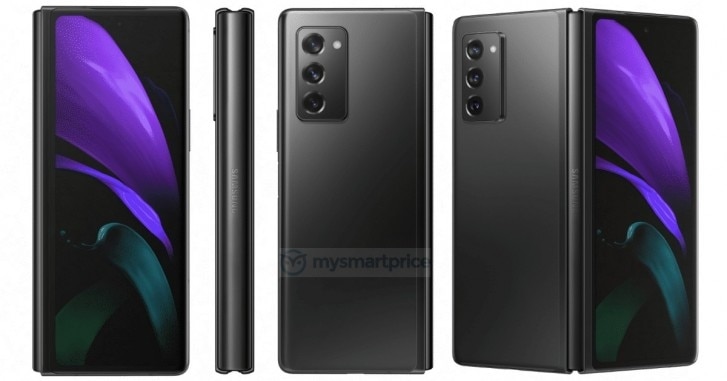 As far as the phone goes, we've previously read that the outer display will be 6.23-inches, with the one inside coming in at 7.7-inches. Both are said to be Super AMOLED panels. Reports have suggested the internal display will support a fast refresh rate of 120Hz. The triple camera setup on the back of the phone is said to come with 12-megapixel, 64-megapixel, and 12-megapixel lenses. The selfie camera is tipped to be 10-megapixels. The phone could get up to 512GB in storage, and support for 5G. Keeping the lights here would be a 4,356mAh battery pack that will support 15W wireless charging.

The phone is rumoured to see the light of the day on August 5 at an event where the company is also set to announce other devices from the Galaxy Note 20 series. Reports have suggested in the past that Samsung plans to manufacture 300,000 units of the Galaxy Fold 2 initially and increase it to 3 million units a year. If this turns out to be true, it would represent a major show of support for the Galaxy Fold 2 which is the successor of the original Galaxy Fold -- a phone that ran into a number of troubles at the time of launch last year.