Samsung has been teasing the launch of the Galaxy M21 over the last few days. The smartphone is now scheduled to finally launch later today. 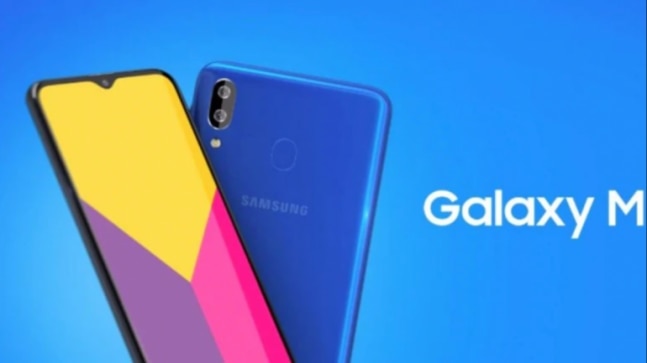 South Korean tech giant, Samsung, is all set to add to its swelling portfolio of smartphones in the country today. The company is scheduled to launch a new smartphone, one that is expected to come fighting in the budget segment of the market.

Over the last few days, Samsung has been teasing the launch of the Galaxy M21, with the device initially scheduled to launch on March 16, but then later rescheduled for launch today.

Samsung will not be hosting a grand launch event for this latest M series smartphone but is instead expected to make it official through a notification at 12 pm today.

Ahead of the launch of the phone, key specs of the Galaxy M21 have previously leaked online, with the phone's camera emerging to be one of its biggest highlights.

The rear camera set-up on the phone is said to bring three rear lenses including a 48-megapixel primary sensor. At the front, there could be a single lens for selfies -- a 20-megapixel sensor.

This information was leaked by IANS, with the report claiming that the Samsung Galaxy M21 will bring with itself a 6.4-inch display with a Super AMOLED panel. Apart from this, the device is expected to house an Exynos 9611 octa-core processor with 4GB RAM and 64GB of storage. There is also said to be a second variant with 6GB of RAM and 128GB of storage. The whole set-up is said to be powered by a 6,000mAh battery.

The device has earlier also appeared on Geekbench, with the phone being shown to bring with itself 4GB of RAM and running Android 10-based OneUI 2.0.

Once launched, the phone is expected to be more affordable than the Galaxy M31, which at Rs 15,999 brings with itself a 6.4-inch AMOLED display which can churn out up to Full HD+ resolutions. Under the hood, the phone gets an Exynos 9611 processor which has been paired with up to 8GB of RAM and 128GB of storage.

Backed by iPhone, eSIM smartphone shipments to double in 2020