The Galaxy M31 could come with Android 10 OS and also support dual band Wi-Fi -- 2.4GHz and 5GHz. The new smartphone could also bring a 6000mAh battery under the hood. 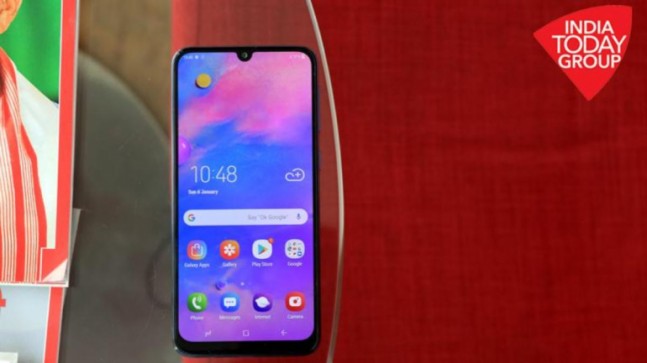 Samsung is going big in India this year, with the company already launching the Galaxy S10 Lite and Note 10 Lite in India. And now, reports suggest it could be all set to add to the list by launching new M series devices in India.

The information comes after the Galaxy M31 has already been leaked a few times, with the device now being announced to be in the production phase. The Galaxy M31 has also seen itself being listed on Geekbench revealing specifications, and the latest leak also reveals crucial details of Galaxy M11.

The two smartphones will feature new specs and bring with them Android 10. On the certification site, Samsung Galaxy M11 has the model number M115F/DS, while the Galaxy M31 has model number SM-M315F/DS.

The devices have also appeared on the database of Bluetooth SIG and Wi-Fi certification authorities, suggesting that the Galaxy M31 may possibly go official in the coming month.

Talking about the M31, the certification reveals that it could come with Android 10 OS and also support dual band Wi-Fi -- 2.4GHz and 5GHz. The Bluetooth SIG certification also claims the device is equipped with support for Bluetooth 5.0.

There are very few details of the Galaxy M31 that have been shared as of now. But from the leaks we've seen till now, the smartphone is speculated to arrive in 32 GB and 64 GB storage models and come equipped with a rectangle-shaped camera setup at its back. It will be equipped with as many as four cameras and an LED flash.

Apart from this, the Galaxy M31 has been pegged to be powered by an Exynos 9611 chipset and 6 GB of RAM. Reports suggest the handset could be available in three color variants in India such as blue, black and red.

Other details about the device claim the Samsung M31 could retain the 6,000mAh capacity battery that was first seen on the Galaxy M30s last year. Apart from this very little is known about the device. However, with the phone now being seen on the certification websites, it could be expected to come to the market in about a month's time.

There's little information about the Galaxy M11, however, we could also see it sporting slightly upgraded specs as compared to last year's model when it finally is launched in the market.

ALSO READ: | Vivo now second in Indian phone market ahead of Samsung, Xiaomi still on top
ALSO READ: | OnePlus has an all-black Concept One phone but it is not coming out in open
ALSO READ: | LG said to be working on two notch-display smartphones, press renders leaked
TweetYoutube
Tags: Samsung