The Samsung Galaxy M31 comes as the successor to the Galaxy M30 that was launched in India last year. 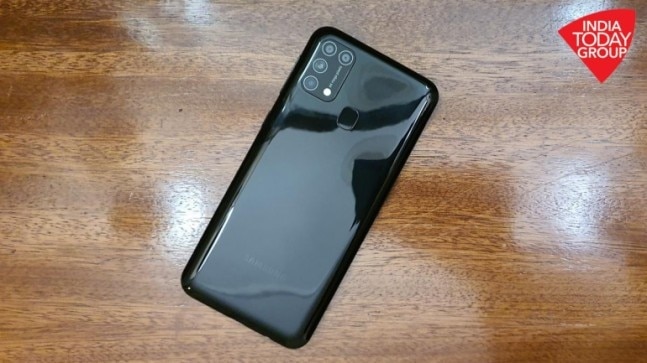 Samsung Galaxy M31 has a quad-camera setup at the back.

Samsung has launched the Galaxy M31 smartphone in India. The device comes as the latest in the swelling list of smartphones launched by Samsung in 2020. It is also the successor of the highly popular Galaxy M30 from last year.

As the follow up to last year's device, the Galaxy M31 follows the same blueprint from last year, yet, there are some crucial changes that help the device stay with times.

The Galaxy M31 has been launched in India as the company's new budget segment challenger and will be available to buy starting today via offline and online portals. The phone is available in two variants and will start retail at Rs 14,999 for the base variant and Rs 15,999 for the top model. The sale starts at 12 pm on March 5 via Amazon India website.

The Samsung Galaxy M31 brings with itself a 6.4-inch AMOLED display which can churn out up to Full HD+ resolutions. Under the hood, the phone gets an Exynos 9611 processor which has been paired with up to 8GB of RAM and 128GB of storage.

Apart from this, the other big highlight of the device is its massive battery that Samsung claims will help users last more than a day on a single charge. For this, the company is trusting a 6,000mAh battery unit with support for 15W fast charging. However, the fast charging standards aren't the fastest, with the device announced to ship with a USB Type-C fast charger in the box. There will also be a 3.5mm jack on the device.

The whole package will be brought alive by Samsung One UI 2 which is based on Android 10. The UI brings some interesting features that Samsung claims are tailored to audiences in India.

After WhatsApp Android and iOS, WhatsApp Web to get official dark mode soon