The Galaxy M31s has been teased already to come with a huge battery pack and also sport a 64-megapixel lens-based quad-camera set-up. 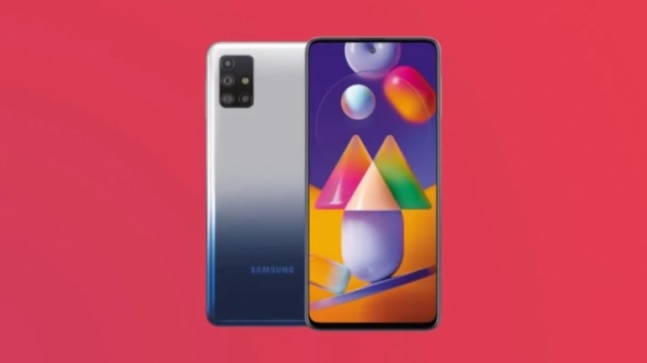 After launching the Galaxy M31 in India, Samsung is now looking to launch its successor, the Galaxy M31s in India. After weeks of leaks and teasers, the phone will be launched in India later today. The phone has been teased already to come with a huge battery pack and also sport a 64-megapixel lens-based quad-camera set-up. The Samsung Galaxy M31s is the successor of the Galaxy M31, a phone that was launched in the country only a few months ago in February this year.

Samsung has revealed that the Galaxy M31s will be launched in India later today at 12pm. The phone has already been teased on Amazon, thereby hinting that it will be exclusive to the platform after it becomes official in the country.

While the company hasn't revealed the pricing of the device yet, the expectation is the Galaxy M31s will be priced close to what the Galaxy M31 was launched in India for. To remind our readers, the Galaxy M31 was launched in India earlier in the year in two variants, with one of them bringing 6GB RAM and 64GB storage, while the other getting 6GB RAM and 128GB storage. Pricing for the phone was set at Rs 15,999 for the entry variant, with the higher-end variant retailing for Rs 16,999.

Talking about the specifications of the phone, the Samsung Galaxy M31s has been previously spotted on certification websites which have hinted at the specifications of the phone. The leaks in the past have shown the phone to carry model number SM-M317F. These leaks, especially a listing on Geekbench has also revealed some key details about the device. It hinted at the presence of the octa-core Exynos 9611 SoC and 6GB of RAM on the phone.

A separate TUV Rheinland listing has claimed that the phone could come with a 6,000mAh battery. For storage, the device may come with 128GB storage. Other specifications include the phone flaunting an AMOLED display, and a quad rear camera setup that includes a 64-megapixel primary sensor.