Samsung Galaxy M51 launched: Price in India, features and everything else you need to know

The Galaxy M51 from Samsung has been announced in two variants with as much as 8GB of RAM, a 7000mAh battery pack. 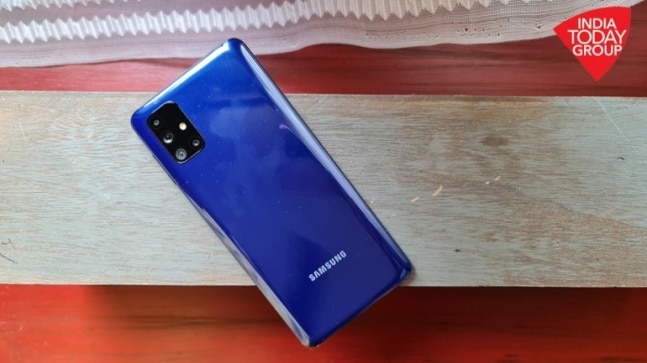 Samsung's Galaxy M51 has finally made its way to markets in India. Launched at a virtual event, the Galaxy M51 from Samsung has been announced in two variants with as much as 8GB of RAM, 7000mAh battery pack and a powerful chipset in the Snapdragon 730 SoC.

As it turns out, Samsung's mid-range smartphone turned out to be quite in line with what was expected of the phone, with the biggest highlight of the device emerging to be its 7000mAh battery pack, which also supports up to 25W fast charging.

Chipset: Under the hood, we have an octa-core processor -- Qualcomm Snapdragon 730 SoC.

Rear cameras: The Galaxy M51 gets a rear camera setup with a 64-megapixel primary sensor with an f/1.8 aperture. Sat next to it is a 12-megapixel ultra-wide-angle lens that brings with itself the promise of 123-degree field-of-view, a 5-megapixel depth sensor, and a 5-megapixel macro camera.

Front camera: For selfies, there is a 32-megapixel lens.

Battery: Large 7,000mAh battery inside the phone with support for 25W fast charging.

There are a number of interesting things to note about the Galaxy M51, however, the biggest highlight of the device is definitely its 7000mAh battery pack which can be charged using a 25W charger that Samsung ships with the device in the box.