India will today become the first country to get hold of this much-anticipated device which is widely expected to be positioned as a challenger to OnePlus 7T. 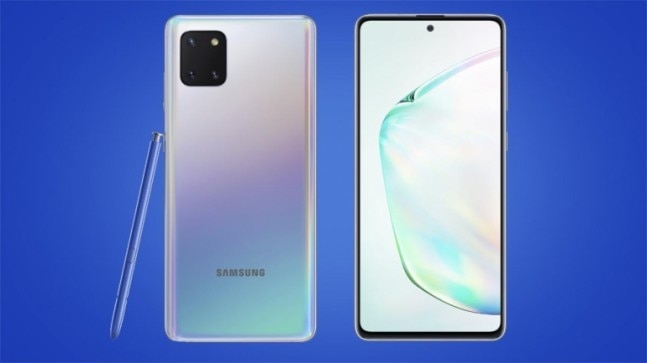 South Korean tech giant, Samsung, is all set to launch its latest smartphone in the country today. Called the Galaxy Note 10 Lite, this new device was first unveiled to the world at the Consumer Electronics Show (CES) 2020 and is now all set to be launched in India later today.

With the launch, India will officially become the first country to get hold of this much-anticipated device which is widely expected to be positioned as a challenger to OnePlus 7T in the mid-range flagship segment of the market.

While the company hasn't divulged any pricing details for the Note 10 Lite, recent reports have suggested the phone could be launched for a price as low as Rs 35,990. At the price, it would not only be substantially cheaper than the Galaxy Note 10 but will also be competitively priced to take on the existing competition in the market.

However, more on this will be revealed once the device is officially launched by the company around 12pm in the afternoon today. For now, let us take a look at what the Galaxy Note 10 Lite brings in terms of the specs.

Despite being a watered-down variant of the flagship Galaxy Note 10, the Galaxy Note 10 Lite brings with it some impressive, flagship-like specs. It brings with itself edge-to-edge 6.7-inch Infinity-O displays capable of Full HD+ resolutions and a pixel density of 394 ppi.

Under the hood, the Galaxy Note 10 Lite offers Samsung's in-house Exynos 8895 chipset which has been paired with 6/8GB+128GB RAM and storage configuration. The phone is kept on by a massive 4500mAh battery that supports super-fast charging.

The S-Pen also appears to be the biggest USP of the device, with the company already releasing a number of teasers that talk about the most iconic Galaxy experience now being made more accessible to a larger audience.