The new leak also claims that Samsung will not be launching a Galaxy Note 20 Ultra smartphone this year. 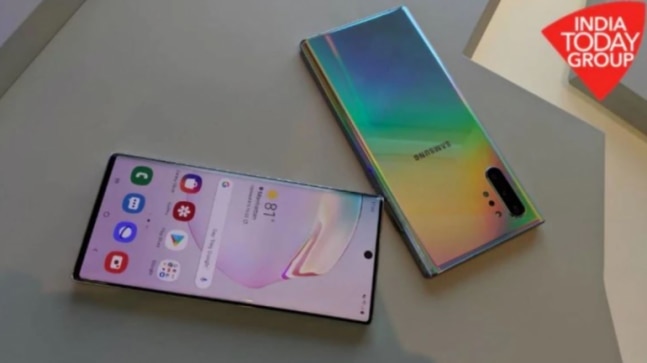 Despite being months away from launch, the Samsung Galaxy Note 20 remains one of the most anticipated phones of the year. Over the last few weeks, we have seen a number of leaks reveal some interesting details about the phone, with a new leak now adding to the information that we've already known.

The new leak comes courtesy of Ross Young, Founder, and CEO of Display Supply Chain Consultants, who makes some interesting claims, including the one that there won't be a Note 20 Ultra this year. As per Young, The Samsung Galaxy Note20+ will be the top model of the device, and will only have a fractionally larger display than its predecessor.

As mentioned above, the display will be able to switch between this high frame rate, and slightly slower ones depending on the task at hand to save battery. The implementation could be much like what we currently see on the Galaxy S20 series phones at the moment.

Apart from this, the report suggests that the regular Galaxy Note20 will have a 6.42-inch display, that's larger than before, but will bring support for 1080p+ resolution and a 120Hz mode for faster refresh rates.

Additionally, the report claims the OLED panels will be built using LTPO tech. This should offer the device 15 improved power consumption compared to LTPS panels. It was first seen on the Apple Watch Series 4, but Samsung debuted its own LTPO displays with the Galaxy Watch Active2.

Earlier, we have also read reports that the Galaxy Note 20 will come with a powerful new processor that will be faster and more power-efficient than anything Samsung phones have seen in the past. A report by ZDNet Korea has all but confirmed that instead of bringing the Galaxy Note 20 with the Snapdragon 865, 865 Plus, or its in-house Exynos 990 chipset, Samsung is working on an upgraded Exynos 992 chipset for its next phone. The launch of the phone is expected to be in August. However, the ongoing Covid-19 pandemic may lead to come changes in the plans.

Microsoft to roll out email text prediction on Outlook in May