This isn't the first time we've heard about the Galaxy Note 20 Ultra getting a 108-megapixel camera. The phone could be launched in August. 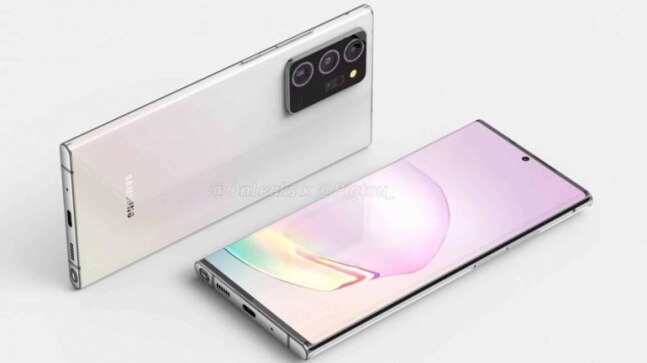 There has been a lot of chatter about Samsung's Galaxy Note 20 Ultra. The phone is expected to launch on August 5, and ahead of its release the upcoming rumoured phone has been leaked again. Popular tipster Roland Quandt has shared new information that will feature a 108-megapixel main camera.

Interestingly it isn't even the first time we've heard about the Galaxy Note 20 Ultra getting a 108-megapixel camera. However, this new leak appears more credible because tipster Quandt claims he has "seen hard evidence" of the device getting the same sized lens as was seen on the Galaxy S20 Ultra.

As mentioned above, the Galaxy Note 20 Ultra is expected to be unveiled in the first week of August. However, there's no clarity if we will also be treated to the launch of a Plus model or if it's only going to be an Ultra and a regular Note 20.

Samsung Galaxy Note 20 "Ultra" ("Canvas2") has a 108MP main cam. I know we knew, but I've seen hard evidence now, so consider it confirmed from my end.

As for the phone, previously we've seen CAD-based renders of the device appear online which also claim to reveal the design of the phone. The renders have shown a design that borrows heavily from the Galaxy S20 series. On the front, the Galaxy Note 20 Ultra has been shown to bring slight curves and a boxy design -- something we've previously seen on Galaxy S20 Ultra and even the Galaxy Note 10 last year.

Interestingly, the renders also claim the same placement for the S-Pen on the device. This is quite surprising as previous leaks have suggested the smaller Galaxy Note 20 could switch the location of the S-Pen on the phone. The new leak about the phone also reveals that the Galaxy Note 20 Ultra will have dimensions at 165mm long, 77.2mm wide and 7.6mm thick.

OnePlus affordable TVs launching on July 2: From price to features, all you need to know