The Galaxy Note 20 Ultra that has now been leaked in all its glory ahead of next month's launch. Here's all you need to know. 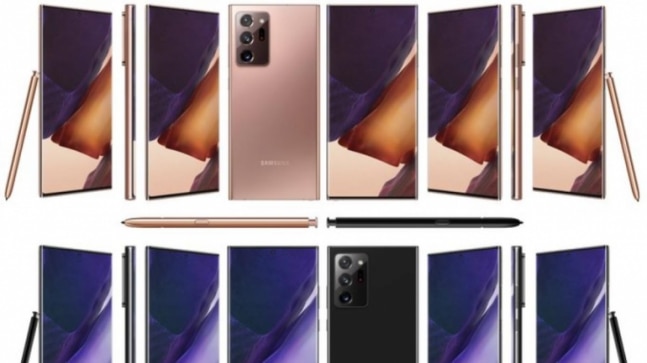 We're barely days away from Samsung's Galaxy Unpacked 2020 event that's slated to be hosted by the company on August 5. The event is expected to see the launch of a number of new smartphones, among which will also be the Galaxy Note 20 Ultra that has now been leaked in all its glory ahead of next month's launch.

The phone's complete spec sheet and a few renders detailing its design have now found their way on to the web. The latter has been shared by well-known tipster, Evan Blass, which show the phone in Mystic Bronze and Mystic Black colors.

The renders give us a glimpse of what we can expect from the phone ahead of its launch in terms of design. However, the complete spec sheet leaked by German tech publication WinFuture, reveals all there is to know about the internals of the upcoming Galaxy Note 20 Ultra.

The leak reveals that the phone will come with a massive 6.9-inch Super AMOLED Infinity-O display with a 120Hz refresh rate, WQHD+ resolution, and Corning Gorilla Glass 7 protection. The screen's pixel density stands at 508 ppi. Beneath the surface, the device is tipped to get an Exynos 990 chipset in Europe and India. This will be paired with 12GB of RAM and up to 512GB UFS 3.1 storage. In the US, the company is expected to launch the phone with Qualcomm's latest Snapdragon 865+ chipset instead.

For cameras, the phone could get a primary 108-megapixel sensor with laser autofocus and dual-pixel autofocus. There could also be two other cameras at the back, both with 12-megapixel sensors. One will be a wide-angle lens with an f/2.2 aperture, the other a telephoto lens with 5x zoom.

The phone is also tipped to get a 10-megapixel selfie camera with f/2.2 aperture housed inside an Infinity-O punch hole. Apart from this, there's could be a 4,500mAh battery to complete the device. WinFuture also believes that Wireless Dex will arrive on the Galaxy Note 20 Ultra, allowing users to project their smartphone's desktop mode to TVs and other supported displays. Other than this, the S-Pen has also been reworked to reduce its latency.