Much like the Galaxy Note 10 Lite, Samsung's latest offering is expected to be introduced in India at an aggressive price point, which would directly target the OnePlus 7T and others of its ilk. 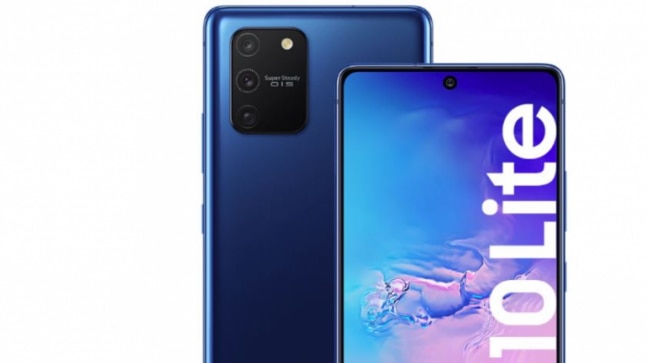 After launching the Galaxy Note 10 Lite in India, Samsung is all set to announce the S10 Lite in the country today. The smartphone was initially unveiled by Samsung at CES 2020, where Samsung positioned it as a mid-segment flagship which despite being a slightly watered-down version of the Galaxy S10, brings quite a lot to the table.

Much like the Galaxy Note 10 Lite, Samsung's latest offering is expected to be introduced in India at an aggressive price point, which would directly target the OnePlus 7T and others of its ilk that presently populate the segment.

But unlike the Note 10 Lite, the lite variant of the S10 brings to the table a spec sheet that will come as more a worry to the OnePlus 7T. While nothing is official for now, reports have suggested in the past that the device could be priced between Rs 35-40k segment.

More information on this is expected to be shared later today at 12pm by the company when it finally launches the device in India. The launch is scheduled to be live-streamed by Samsung.

Samsung Galaxy S10 Lite sees Samsung use an edge-to-edge 6.7-inch punch-hole clad Infinity-O display capable of Full HD+ resolutions and a pixel density of 394 ppi. However, this display does not get the curved screen treatment that's found on the more expensive S10 and S10 Plus phones.

Under the hood, it is powered by the Qualcomm Snapdragon 855 processor paired with 8GB RAM and 128GB of storage. For cameras, the device gets a powerful set-up comprising of three cameras. The primary being a 48-megapixel main camera sat next to a 12-megapixel ultra-wide sensor, and a 5-megapixel macro lens. The front of the phone will also feature a 32-megapixel lens for clicking selfies.

Keeping the lights on the Galaxy S10 Lite is a massive 4,500mAh battery that supports super-fast charging. The device will also support Samsung Pay. Samsung has also announced that the smartphone will run Android 10-based One UI 2.

Apart from this, the device isn't expected to come with any India specific features. However, we don't put that past Samsung to announce anything such as the event today.