The Galaxy S10 Lite is Samsung's answer to the OnePlus 7T question. The phone brings with itself flagship specs at a price point that's within the reach of most buyers. The first month of 2020 has been a rather busy one for Samsung. Unlike the years gone by, the South Korean tech giant has used the month to not just feed the media with leaks about its first flagship line-up of the year, but rather, launch two new phones -- which despite being Lite variants of last year's flagships are essentially being pegged as Samsung's first premium segment phones for 2020.

Of the two smartphones, it's arguably the S10 Lite which is going to turn a lot more heads because of its spec sheet and a rather simplistic design that's inspired by the flagship Galaxy S10 but bears key differences -- one of which is definitely the choice to not go with toughened glass at the back of the device.

This design choice exposed itself the moment we lay our hands on the device. For the Galaxy S10 Lite, Samsung claims to have used a new material Glastic at the back. The marketing language aside, it's essentially plastic that's been made to look like glass. But does it manage to do so? Well, yes and no.

For the untrained eye, it would be quite difficult to call the Galaxy S10 Lite out for sporting plastic on its back, especially if you are looking at the device from a distance. The difference is more discernible once you hold the device in hand.

And at this point too, it would take some prior knowledge of the subject to conclusively say that the S10 Lite does indeed sport plastic at the back of the phone. Now, this definitely helps Samsung in trying to establish the S10 Lite as a premium device. Yet, when you spend some time with the phone, it becomes obvious that the Galaxy S10 Lite is nothing but a mid-range flagship masquerading as a phone from the premium segment.

But regardless of our opinion on whether the S10 Lite looks like a true blood premium segment smartphone or not, what cannot be denied is that it is a well-designed phone, one which can definitely turn heads with its understated looks.

Another thing we've liked in our limited time with the smartphone is just how good the display on the device is. For the Galaxy S10 Lite, Samsung has used a 6.7-inch panel which is capable of running at a fixed resolution of 1080×2400 pixels. Unlike fancier phones, the refresh rate too is capped at 60Hz.

However, it does not take away from the performance of it. 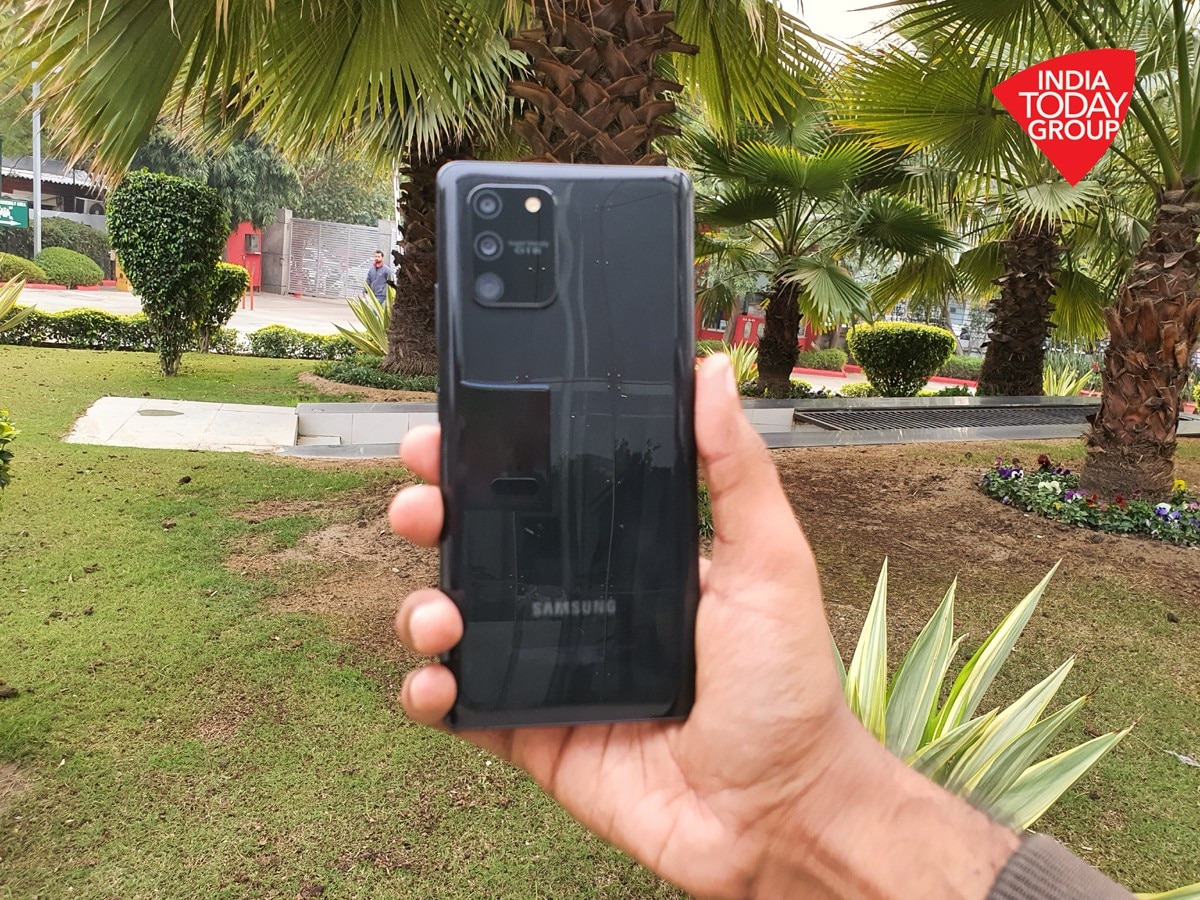 Text appears crisp, and the display looks plenty bright. Even the viewing angles are quite good with the Super AMOLED panel also excelling at producing punchy colours. The panel is surrounded by very little bezel, with the only distraction being a small punch-hole on it. However, it would be prudent to note that Samsung has decided to sue a sheet of Gorilla Glass 3 on the device, instead of the latest standard which could expose it to picking up scratches much easier than you'd expect a OnePlus 7T to.

The other interesting takeaway we had from our time with the S10 Lite is just how snappy it is. Under the hood, the S10 Lite houses a Qualcomm Snapdragon 855 processor paired with 8GB RAM and 128GB of storage.

This configuration helps it feel powerful enough to handle not only lightweight apps but also graphics-intensive games too. While we are yet to have tested many games on it, we expect the phone to not let us down when we eventually do.

The same also holds true for the cameras of the device, which at the moment await a session of rigorous testing by us. However, if the spec sheet is anything to go by, the triple-lens set-up of the device -- which includes a primary 48-megapixel main sensor sat next to a 12-megapixel ultra-wide lens, and a 5-megapixel macro lens -- we should not be left disappointed. The phone also features a 32-megapixel lens sensor for clicking selfies which we found to click decent selfies, with a good amount of detail in them. Keeping the lights on the Galaxy S10 Lite is a massive 4,500mAh battery that supports super-fast charging. Interestingly, the phone supports up to 45W fast charging, which is among the best in the industry. However, it's not going to be available to users right now, as the supported accessory is not bundled with the phone -- the device only ships with a 25W charger.

In fact, the company has not even brought the 45W charger to India as of now. But when quizzed by us confirmed that it will be eventually made available in the country. Apart from this, the Samsung S10 Lite also supports the full version of Samsung Pay and comes running Android 10 based One UI 2 which provides quite a lot of functionality wrapped in a package that's also good to look at.