The Galaxy S10 Lite features the powerful Qualcomm Snapdragon 855 chipset and 8GB of RAM sat next to 128GB of storage.It also flaunts a 6.7-inch Full HD+ display on the outside. 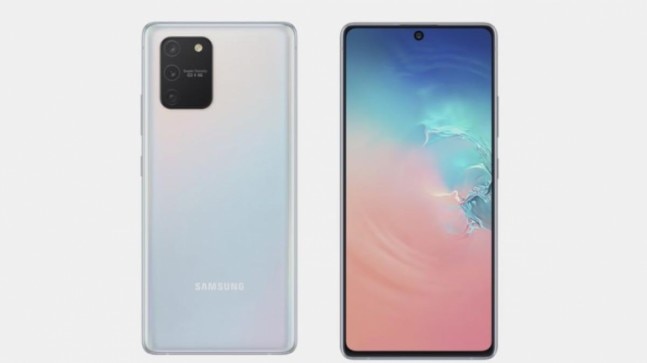 After unveiling the device at the Consumer Electronics Show 2020, Samsung has finally unveiled the Galaxy S10 Lite in India. The smartphone comes as the latest smartphone to have been launched in the sub 40k segment of the market.

Interestingly, the device has been launched just two days after the Galaxy Note 10 Lite was also brought by Samsung to India. The two phones will now attempt to take on the challenge posed by the OnePlus 7T which is currently the market leader in the segment.

Unlike the Note 10 Lite which focuses on the value it brings with its S Pen, the S10 Lite appears to focus more on hardware, with the device sporting Qualcomm's Snapdragon 855 chipset and 8GB of RAM sat next to 128GB of storage.

The smartphone has been launched in a single variant that will start retail in the country at a price of Rs 39,999. It comes in Prism Blue, Prism Black, and Prism White colours. The S10 Lite has been announced to go on sale by the company from February as a Flipkart exclusive. The purchase offers include a cashback of Rs 3,000 on ICICI Bank credit card EMI payment option, no-cost EMI for 12 months, and one-time free screen replacement worth Rs 1,999.

On the outside, the Samsung Galaxy S10 Lite flaunts an edge-to-edge 6.7-inch punch-hole Infinity-O display capable of Full HD+ resolutions and a maximum pixel density of 394 ppi. But unlike the display on the S10 and S10 Plus, this display is not curved.

Under the hood, it houses the Qualcomm Snapdragon 855 processor paired with 8GB RAM and 128GB of storage. For cameras, the device gets a powerful set-up comprising of three lenses, with the primary being a 48-megapixel main camera sat next to a 12-megapixel ultra-wide sensor, and a 5-megapixel macro lens. The front of the phone will also feature a 32-megapixel lens for clicking selfies.

Keeping the lights on the Galaxy S10 Lite is a massive 4,500mAh battery that supports super-fast charging. The device will also support Samsung Pay. Samsung has also announced that the smartphone will run Android 10-based One UI 2.

ALSO READ: | OnePlus phones go cheaper on Amazon up to Rs 10,000, lots of EMI and exchange offers on latest models