These features will be made available to Galaxy S10 and Note 10 smartphones via a software update. 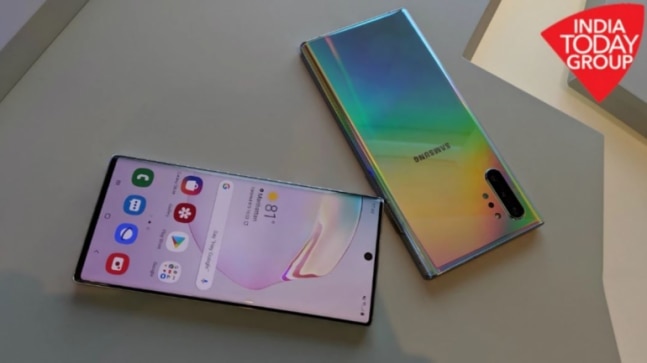 It has only been a month since the launch of the Galaxy S20 series of smartphones, and now, Samsung has announced that it will soon be bringing some of the popular software features from the series to last year's flagships, the Galaxy Note 10 and Galaxy S10 phones.

The features will mainly be relating to the cameras, with features like Single Take, Night Hyperlapse, and others now being planned to be rolled out to S10 and Note 10 users with future software updates.

The company has said that the upcoming software updates will bring these features to older phones. Additionally, the updates will also bring other software enhancements to improve the entire Galaxy experience.

Of the two phones, it's the Galaxy Note 10 which will benefit more from the inclusion of these features. To remind our readers, the Galaxy Note 10 series sees two models for the first time. They bring upgrades to design and hardware compared to last year's Note 9. On the visual front, both the Note 10 phones sport new Infinity-O punch-hole curved displays with extremely thin bezels. The Note 10 and Note 10+ get Gorilla Glass 6 protection on the front and back.

The regular Note 10 features a 6.3-inch FHD+ (2280X1080) Dynamic AMOLED display, while the Note 10+ gets a 6.8-inch QHD+ (3040x1440) Dynamic AMOLED display. Both the phones come with HDR10+ certification. The curved rear panel gets a vertical triple and quad camera system on the Note 10 and Note 10+, respectively. The phones also come with an ultrasonic in-display fingerprint sensor.

Powering the new Galaxy Note 10 phones is a Exynos 9825 SoC, which is based on a 7nm process for better efficiency. The Note 10 comes with 8GB of RAM while the Note 10+ is offered with 12GB of RAM. Only the Plus-sized model support storage expandability via microSD card (up to 1TB).

For cameras, the standard model features a triple camera setup that includes a 12-megapixel primary sensor with variable aperture (f/1.5-2.4) and OIS, a 16-megapixel ultra-wide-angle camera and a 12-megapixel telephoto lens with OIS. The Note 10+ gets a similar triple camera system but with an added ToF camera for 3D depth mapping. Additional camera features include Live Focus, Zoom in Mic, Night mode, Super Slo-mo and Super Steady mode for videos.