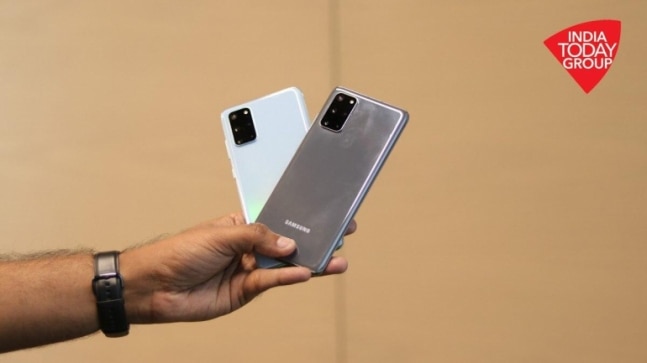 Each year during the festive sale, Amazon and Flipkart come out with a few blockbuster deals. One of these big deals this time for Amazon Great Indian Festival Sale is the iPhone 11 at a price of under Rs 50,000. And to counter this deal, Flipkart has come out with its blockbuster deal. It will be selling the Galaxy S20+ at a price of Rs 49,999 in its Big Billion Days Sale.

This is one hell of a deal on the Galaxy S20+. This is a phone that was launched at a price at a price of Rs 87,999, and while we can call that price a bit too much for whatever the S20+ brings to the table, there is no denying that this phone at a price of Rs 49,999 is a good purchase.

The Galaxy S20+ comes with with a 6.7-inch screen with 3200 x 1440 pixels resolution, 8GB RAM, 128GB storage, a rear camera setup with three cameras, of which the main camera uses a 64-megapixel sensor, and all other razzmatazz that you get in a high-end phone. At a price at which it launched Rs 87,999 the Galaxy S20+ was overpriced. Its Exynos 990 processor also puts it at a disadvantage compared to the likes of the OnePlus 8 Pro, which is not only cheaper but also uses the Exynos 865 processor. But at the price of Rs 49,999, well you won't regret getting at.

Now, if we compare the iPhone 11 at Rs 49,999 assuming because for now Amazon has only said under Rs 50,000 and the Galaxy S20+ at Rs 49,999, we will recommend the iPhone 11 because it is a better phone. It's faster. It has a better main camera. And most significantly, it is a phone that will last with you for 3 to 4 years, complete with regular software updates.

But, having said that, both are good deals. The iPhone 11 as well as the Galaxy S20+ make a lot of sense at these discounted prices.

The only problem is that like the earlier blockbuster deals, these two are also more of posers from Amazon India and Flipkart. The number of units of the Galaxy S20+ and iPhone 11 that will be sold for Rs 49,999 is going to be small and we expect only a handful of people will be able to get them.

Free AirPods with iPhone 11 sounds good, but the iPhone 11 plus AirPods on Amazon is better deal