Samsung launched the Galaxy S20 FE globally a few weeks back and the smartphone is now headed to India. 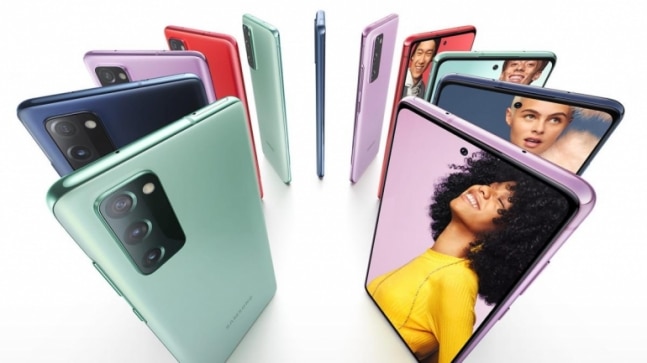 The Galaxy S20 FE launched globally a few weeks back, about a month after the Galaxy Note 20 series phones made their debut. Per Gadgets 360 report, Samsung has confirmed the Galaxy S20 FE will arrive in India on Tuesday, October 6. It said that only the 4G variant of the Galaxy S20 FE will launch in India. There is a 5G variant of the smartphone that went official in the global market but, rightly, that is not headed to India, owing to the lack of the necessary infrastructure for 5G connectivity -- although that paucity has not stopped brands such as Realme, Oppo, and Vivo from launching 5G handsets.

Besides, there is going to be a single storage configuration that will see the light of day in India, according to Gadgets 360. Only the 8GB RAM and 128GB storage model will hit the stores in India; the remaining two variants -- 6GB, 128GB and 8GB, 256GB -- will not likely make it to the Indian market. The Galaxy S20 FE will arrive in India in Cloud Red, Cloud Lavender, Cloud Mint, Cloud Navy, and Cloud White colourways. Interestingly, there is a sixth colour variant that is available globally but, guess, will not launch in India.

For its specifications, the Galaxy S20 FE will come with 6.5-inch 1080p Super AMOLED screen with a 120Hz refresh rate. It is powered by an octa-core Exynos 990 processor and runs Android 10-based One UI 2.0. It has three cameras on the back of the Galaxy S20 FE: a 12-megapixel primary F1.8 sensor OIS support, a 12-megapixel secondary F2.2 sensor with an ultrawide-angle lens with 123-megapixel field-of-view (FoV), and a third 8-megapixel telephoto sensor. For selfies, there is a 32-megapixel camera inside a punch-hole. The Samsung Galaxy S20 FE is backed by a 4500mAh battery with 15W fast charging. There is wireless charging available as well.