The Galaxy S20 series of phones are set for launch on February 12. Ahead of the launch, the phones have seen their pricing leak and design revealed. 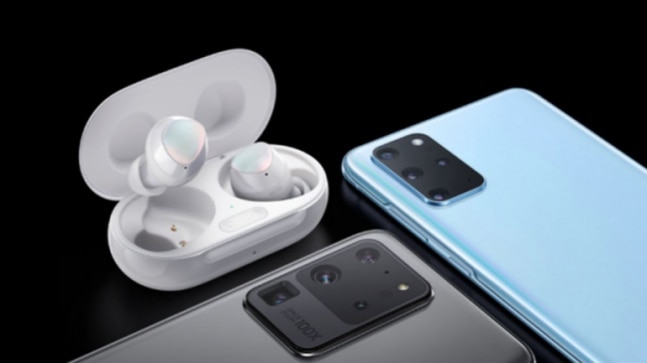 It's no secret that Samsung is planning to launch the Galaxy S20 series of phones next week at its Unpacked event in San Francisco on February 12. The series is tipped to bring with it three new phones, the S20, S20+ and S20 Ultra.

And ahead of their launch, Samsung appears to have accidentally listed them on its US website, confirming the S20 name for the series. The leak shows the phones clad in cases, thereby also revealing the design of the phone.

The images were first spotted by WinFuture which posted them on its website. The images confirm key details, including the fact that the series will be called Galaxy S20 instead of S11, and would bring phones bearing a hole-punch selfie camera, and a tall camera bump.

Apart from this, noted tipster Jon Prosser has also leaked the pricing of the Galaxy 20 series phones in the US. The leak coming courtesy of a source within Verizon, which claims the Galaxy S20, Galaxy S20+ and Galaxy S20 Ultra will start from $999, $1,199 and $1,399 respectively.

A source within Verizon just confirmed these prices with me.

You may riot now

Interestingly, these prices are in line with previous leaks that we've read before.

As for the phones, the three are tipped to be beasts when it comes to the hardware. However, it's the S20 Ultra that will sport the most high-end specs of the three.

As per the leaks, the S20 Ultra will be quite hefty at 221gms in weight. However, it will be majorly because it would sport a massive display that will be 6.9-inches in size. The display would support 1440x3200 resolution and the Infinity-O Dynamic AMOLED screen will boast of a native 20:9 aspect ratio and a centered punch-hole.

However, it will be the rear cameras that could be the big highlight of the device. The rear camera module will feature a 108-megapixel main lens sat next to a 48-megapixel telephoto, a 12 MP ultrawide, and a ToF lens. Interestingly, the primary lens would also be capable of 10x optical zoom and up to 100x digital zoom from this setup.

Battle of X2: Poco X2 vs Realme X2 and which one you should buy