Samsung is expected to launch the Galaxy S21, Galaxy S21 Plus and Galaxy S21 Ultra at the event. 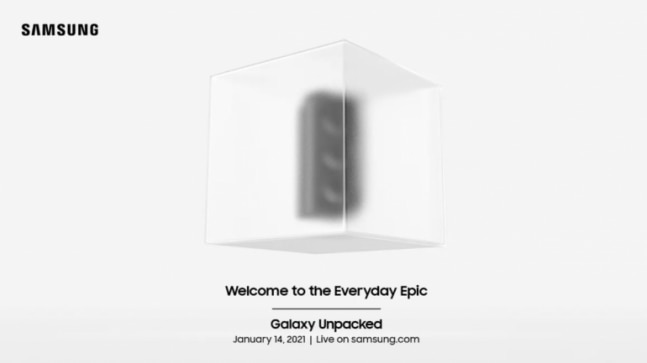 The company has already started sending out invites for a virtual launch of the series and has confirmed that the Galaxy S21 series will be launching on January 14 at the company's 'Galaxy Unpacked 2021' event. The event will see the launch of the new flagships at 10:00 AM EST (8:30 PM IST). OnePlus has announced that the users can watch the live stream on Samsung.com.

Reports suggest the new S21 Ultra will also come with the S Pen which was previously only seen on the Galaxy Note series. However, now the Galaxy S21 Ultra will become the first S-series handset to get support for it.

In terms of specifications, previous leaks have suggested that the S21 Ultra will come with a curved WQHD+ LTPO AMOLED display with a 120Hz adaptive refresh rate with additional support for the S Pen. On the other hand, the other two devices will include a flat FHD+ LTPS AMOLED display with a regular 120Hz refresh rate. All three phones are expected to get the Snapdragon 888/Exynos 2100 chipsets and run the Android 11-based One UI 3.1 operating system.