The company is expected to make a number of big announcements at its Galaxy Unpacked event 2020. 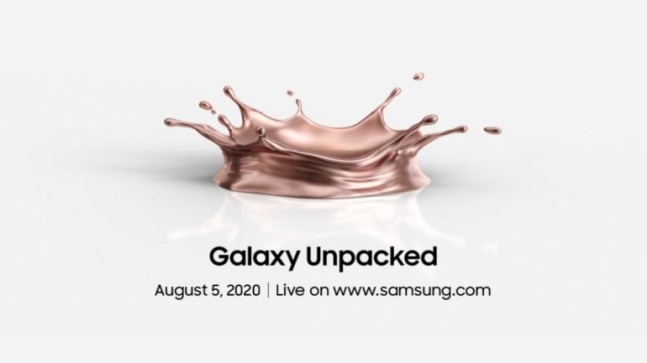 Samsung has confirmed the date of launch for its next Unpacked event. The company has announced that it will be hosting its second major event for the year on August 5. While the company hasn't revealed the announcements it will make on the day, the Unpacked event till now has been used by Samsung to unveil flagships. As such, the company is expected to launch the Note 20 and Galaxy Fold 2 on this day.

This would also fall in line with latest teasers which have claimed in the past that Samsung would launch the Galaxy Note 20 at the beginning of August. Talking about the phone, there isn't much that we know about the device at the moment. However, leaks in the past have still revealed some crucial information about the device.

Over the past few weeks, many renders have shown the upcoming phone to come with a triple stacked camera module on the back, with an LED flash sitting at its side. Previously we've seen CAD-based renders of the device appear online which also claim to reveal the design of the phone. The renders have shown a design that borrows heavily from the Galaxy S20 series. On the front, the Galaxy Note 20 Ultra has been shown to bring slight curves and a boxy design -- something we've previously seen on Galaxy S20 Ultra and even the Galaxy Note 10 last year.