Samsung will introduce this feature through the Samsung Health Monitor app which is currently under development. 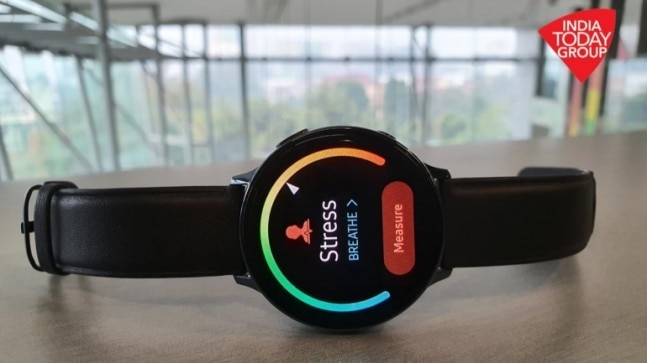 Tech giant Samsung has announced that it is finally rolling out a blood pressure monitoring app for its Galaxy Watch Active 2 range of smartwatches. Called the Samsung Health Monitor, the app has been approved by South Korean regulators and will be available for the Galaxy Watch Active2 in the coming months in South Korea.

According to Samsung, the app "has been cleared by South Korea's Ministry of Food and Drug Safety (MFDS), as a Software as a Medical Device (SaMD), making it a government-cleared, over-the-counter and cuffless blood pressure monitoring application."

The app will use the photoplethysmography (PPG) heart rate sensor and an electrode for electrocardiograms, on the watch for obtaining a blood pressure rating. However, for an accurate reasing, the user will first need to calibrate the sensors with a real blood pressure cuff.

As such, the process of calibrating will require taking a blood pressure reading with a cuff, post which the user will enter the cuff reading into Samsung's software. From there, the software will use the numbers as a base to get readings using the watch.

The company has explained that the device "measures blood pressure through pulse wave analysis, which is tracked with the Heart Rate Monitoring sensors. The program then analyzes the relationship between the calibration value and the blood pressure change to determine the blood pressure."

The Galaxy Watch Active 2 is available in two different variants, with the second one coming with support for standalone 4G. This variant comes with standalone internet and network connectivity, helping users be truly untethered and make and receive voice calls without the need of their phones around at all times.

The watch is available in a single 44mm steel dial which will be available in silver, black, and gold finishes. Samsung has already put the smartwatch up for retail and it is already selling the Galaxy Watch Active 2 4G variant through offline channels.

Much like the Galaxy Watch 4G, the Watch Active 2 4G uses an eSIM for uninterrupted flow of data as well as receiving calls directly from the smartwatch. The smartwatch comes with support for a number of apps and including social media apps as well as fitness features.

For the latter, Samsung claims to have put in place multiple sensors that help in tracking 39 distinct activities along with auto-tracking for popular activities, such as walking, running, cycling, rowing, elliptical trainer, dynamic workouts and swimming.