The Galaxy Z Flip is Samsung's second foldable phone. The device will be available for pre-booking starting February 21. 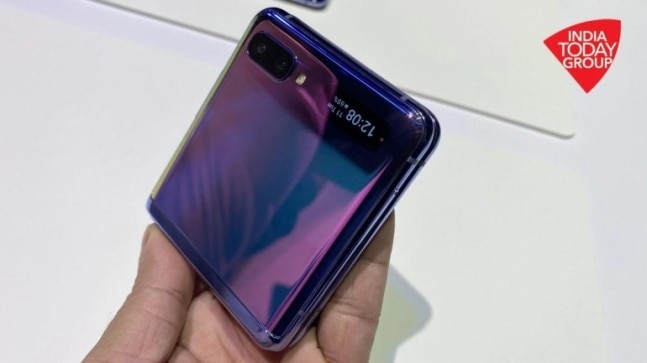 Samsung has announced the pre-booking for its second foldable device, the Galaxy Z Flip. The phone comes with Samsung's proprietary Ultra Thin Glass (UTG) and hideaway hinge, and as such is being heralded as a milestone in technological innovation by the company.

Samsung has announced that consumers can pre-book Galaxy Z Flip on the Samsung e-shop and select retail stores starting February 21. Deliveries for pre-booked devices will start on February 26.

The Galaxy Z Flip will be available for consumers in India at Rs 1,09,999.

Last year, Samsung introduced the biggest breakthrough since the mobile phone - the Galaxy Fold. This year, with the Galaxy Z Flip, we are changing the shape of the future. With a first of its kind foldable glass display and our smallest hideaway hinge yet, the Galaxy Z Flip gives you all the advantages of a large screen in a stylish and compact form factor that fits in the palm of your hand. Our specially designed foldable UX allows consumers to reimagine how they take selfies and discover hands free video chatting like never before. With Galaxy Z Flip, we're redefining what a mobile device can be, and what it enables consumers to do, said Aditya Babbar, Director, Mobile Business, Samsung India.

The device is the company's second attempt at creating a foldable smartphone and brings with itself a design that would remind you of the Motorola Razr phone. However, the clamshell design aside, this one looks like a true blood Samsung phone.

There's a 6.7-inch Dynamic AMOLED display on the device with the highest resolution of 2636x1080. There's also a secondary Super AMOLED display that's 1.1-inch size. Under the hood, there's a 7nm 64-bit Snapdragon 855 Plus chipset paired with 8GB of RAM and 256GB of onboard storage. The phone comes running a foldable phone supporting version of the One UI 2.