Samsung Galaxy Z Flip vs Motorola Razr: Which one is more fun to flip?

The Samsung Galaxy Z Flip has just been unveiled globally to take on the Motorola Razr. A cheaper price and better specifications - do these make it better than the new Motorola Razr. Samsung unveiled its second folding smartphone yesterday and it comes across as a massive improvement over the original Galaxy Fold. Didn't like the massive size of the Fold? The Z Flip solves it with a more compact and practical flip form factor. Were you concerned about the plastic display and its crease? Samsung made it better with the Z Flip. Were you concerned about the astronomical price of the Fold? Samsung sells it at a much more affordable $1,380 price, which makes it cheaper than the Motorola Razr.

That brings us to the Razr. The new Razr was 2019's most stylish phone and it is about to go on sale soon in many markets across the world. Motorola brought back the flip phone factor along with a compact flexible plastic OLED display to brings back some style into the modern smartphone. It costs slightly more than the Galaxy Z Flip at $1,500 but it has a few tricks of its own to impress you.

Both the Razr and the Galaxy Z Flip will come to India. If you want to have the first movers advantage for a folding phone, these two phones are currently the only options in the folding phone segment.

Which one of these is a better buy then?

Both these folding phone are quite sleek when compared to the first generation Galaxy Fold. However, these phones take two different approaches to smartphone design. The Razr is all about the nostalgia of the old flip phones whereas the Samsung Flip is all about modern design that complies with the smartphones of today. 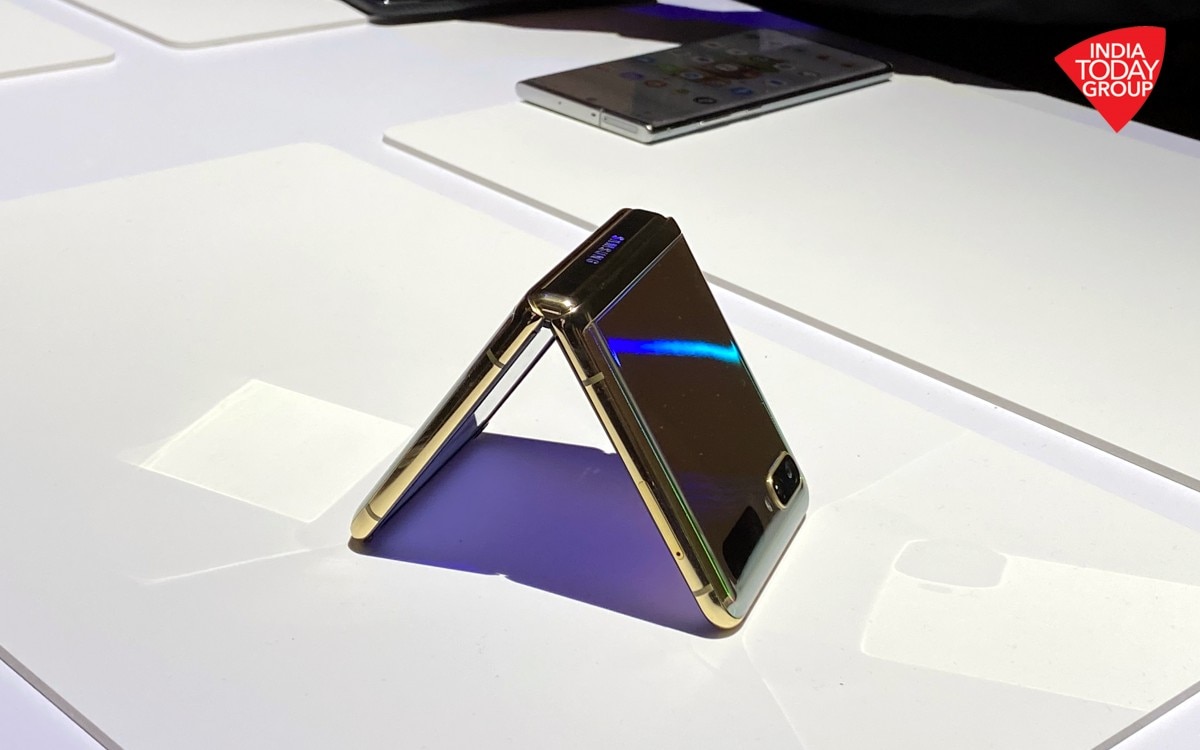 The Galaxy Z Flip is made of premium glass and metal all around. The phone comes in three colours but all of them get a mirror finish as standard. The Z Flip has a tiny display sitting alongside the main dual camera that shows notifications, lets you interact with calls and even acts a mini viewfinder for taking selfies via the main camera. When unfolded, the Z Flip looks like any other premium Samsung phone with narrow bezels all around and a punch-hole cutout for the selfie camera. There's a crease over the hinge but Samsung is using an ultra-thin glass for protection. The hinge also has tiny brushes to keep the debris out from the delicate hinge. The Motorola Razr brings back the classic old design of the Razr from 2004. When closed, it has the same pocketable form factor. However, the Quick View display on the Razr is bigger and it lets you read your messages as well as control music playback along with acting as a viewfinder for taking selfies with the main camera. There's a capacitive fingerprint sensor sitting on the bulky chin, which is made of metal. Sadly, the rear panel is made of plastic and you only get a 16-megapixel single camera. Unfold the Razr and you will find a notch holding another camera inside. The Razr has a 21:9 OLED plastic display and thanks to its clever hinge, the Razr ends up avoiding the crease on the display.

There's no doubt that the Samsung Z Flip is the better of the two here. The Razr is more midrange in comparison despite costing more than the Samsung. The Galaxy Z Flip uses last year's powerful Snapdragon 855 Plus chipset that's paired with 8GB RAM and 256GB storage. The phone runs on One UI 2.0 based on Android 10 and like the new S20 series, it gets all the Samsung goodies. The Z Flip gets special software modification to make better use of the flip form factor. For example, you can fold the phone in half to shoot photos with more stabilisation or keep it on the table like a laptop to watch videos or movies. The 6.7-inch FHD+ Dynamic AMOLED display seems all bright and vibrant. The fingerprint sensor lies underneath the power button. There's also a total battery capacity of 3300mAh with support for 25W fast charging and there's even wireless charging available on the Z Flip. Phew! 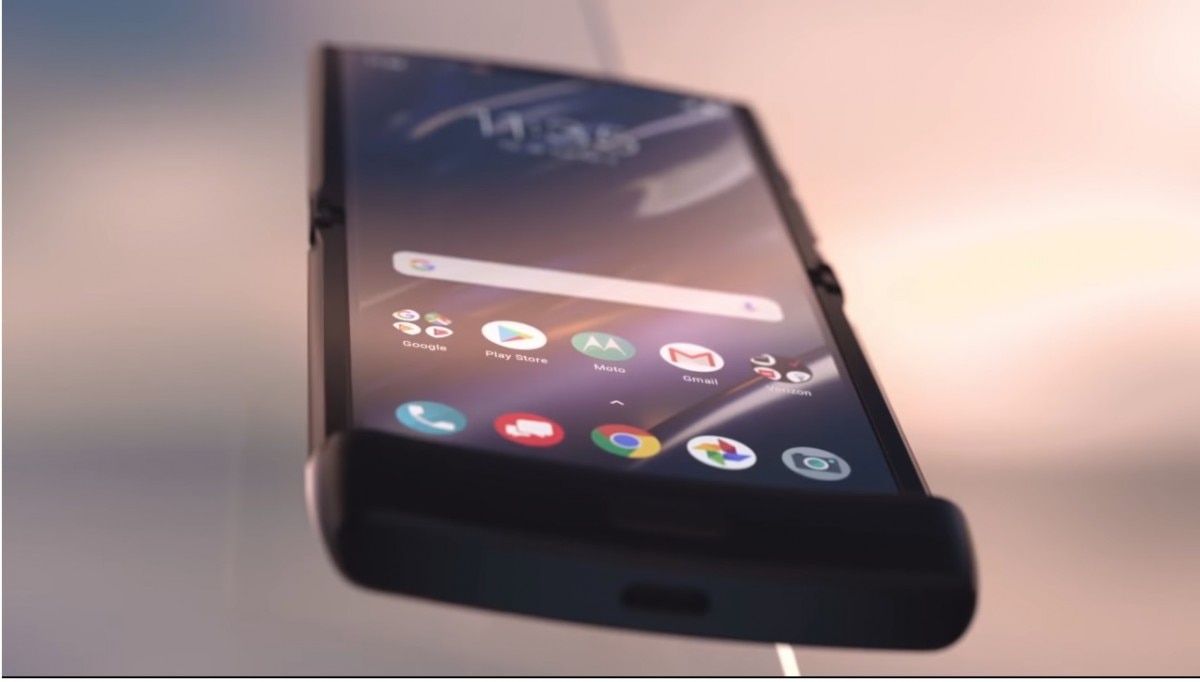 The Motorola Razr is more conservative in its approach. Powering the phone is a rather dated and midrange Snapdragon 710 chip that's paired with 6GB RAM and 128GB storage. However, the Razr gets a stock Android 9 Pie interface with all the Moto Experiences built-in. Stock Android is the best iteration for Android purists and on the Snapdragon 710, it might be just enough for every day. The 2510 mAh battery can keep the phone alive for an entire day and it supports 15W fast wired charging. The 6.2-inch OLED display has a resolution of 876 x 2142 pixels while the outside OLED display measures 2.7-inches.

Hinge design: Samsung takes the edge but Razr is clever

The Galaxy Z Flip has a clever hinge mechanism that can fold the display at any angle you leave. This makes it more versatile than other hinges. It even has micro brush to keep debris out from the gears. However, the Z Flip folds the display flat and that creates a permanent crease on the display. The Motorola Razr has a slightly better hinge design that prevents the display form developing a crease. The hinge moves the display into the chin slightly while closing to prevent the panel from creating a crease. That said, the fold angles are quite limited and you can either have it fully opened or fully closed. Additionally, the display doesn't fold out completely flat.

Which flip phone should you pick up?

We are yet to review both the Motorola Razr and the Samsung Galaxy Z Flip. However, based alone on the on-paper specifications, the Samsung Galaxy Z Flip seems to be the better of the two by a massive margin. It looks better, has far superior specifications and a cheaper price of $1,380. The Motorola Razr carries the nostalgic design of the old flip phones and if that along with the no-crease display matters the most, only then you should spend an extra $1,500 on it.