Samsung said it is also paying for vaccinations of over 50,000 employees across India. 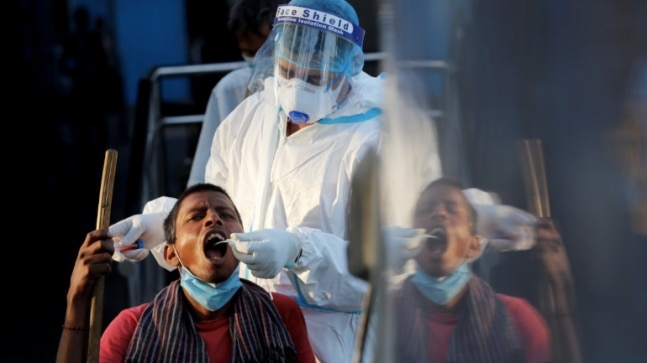 Samsung has announced a contribution of Rs 37 crores ($5 million) towards the fight against Covid-19 in India. The smartphone giant is pledging support to both central and state governments, who, with the help of the donations, will be able to procure more essential medical equipment for hospitals. Of the total donation amount, Samsung is giving $3 million to the central government and the governments of Uttar Pradesh and Tamil Nadu. The rest $2 million will go into the purchase of medical supplies, including 100 oxygen concentrators, 3,000 oxygen cylinders and one million LDS syringes.

In a statement, Samsung said the decisions resulting in the $5 million donation were made in consultations with "various stakeholders in India" with respect to the "immediate needs of local administrators." Last year, Samsung donated Rs 20 crore to support the governments in the fight against Covid-19, including donations to the central government and support to the local administration in Noida. Samsung had given away medical equipment to hospitals "in the preventive drive."

The LDS syringes -- one million units of which Samsung will be donating to the states of Uttar Pradesh and Tamil Nadu among other medical supplies worth $2 million -- minimise the amount of drug left in the syringe after an injection is administered. This, Samsung says, optimises vaccine usage. "Existing products have a large amount of the vaccine remaining in the syringe after use. The technology has demonstrated up to 20 per cent greater efficiency and if existing syringes were to deliver one million doses, LDS syringes could deliver 1.2 million doses with the same amount of vaccine," Samsung said in a statement. Additionally, Samsung is helping manufacturers of LDS syringes increase production capacity.

Samsung has also announced it will cover the vaccination costs of more than 50,000 "eligible" employees and beneficiaries in India. These employees include those working as Samsung Experience Consultants who work at electronic retail stores across India. "At Samsung, employee health, safety and well-being are our absolute priority. To help employees and their families with information and access to medical supplies as well as hospital facilities and home-care, we have set up in-house facilities and teams across the country," Samsung said.

Much like Samsung, OnePlus, Xiaomi, Oppo, Realme, and Vivo have contributed to India's fight against the pandemic, which has been behind the steep surge in cases and deaths, as the medical infrastructure remains overwhelmed. India is seeing over 3 lakh daily cases, with an occurrence of over 4 lakh patients once for the past few weeks. India is receiving help from all corners of the world, with countries such as the US, the UK, France, Germany, Vietnam, Russia, and Australia lending a helping hand. Big Tech companies, Google, Microsoft, and Apple have also expressed sorrow over increasing cases. They have all offered both monetary and non-monetary support to India.

Android users get this much-awaited iOS feature on WhatsApp