Speculations indicate that Samsung will completely shift to Snapdragon 865 processors for the Galaxy S20 FE going forward. The move will mark a major transition from the company's usual preference of Exynos processors for its devices. 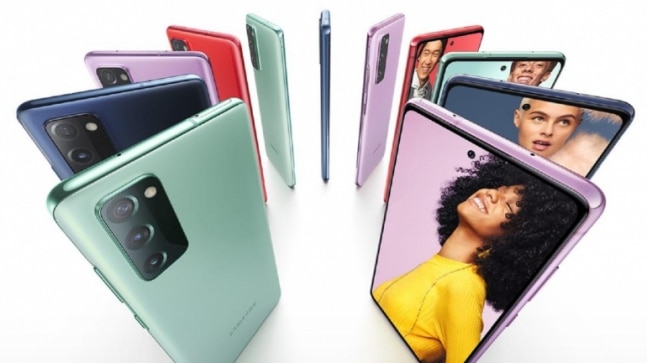 Samsung introduced the Galaxy S20 FE to the world last year in two variants supporting 4G and 5G connectivity each. While the former is powered by Exynos 990, the 5G variant, introduced in India recently, is backed by a Snapdragon 865 processor. A new speculation now says that the company might completely shift to the latter for the mid-range smartphone.

The rumour is fueled by a recent tweet by a noted tipster. Taking to Twitter, @IceUniverse wrote that Samsung will stick to the Snapdragon "865+" version for the Galaxy S20 FE going forward. In doing so, it will stop the production of the variant with the Exynos 990 chipset.

If and when the company decides to do so, the move will mark an interesting twist in Samsung's production plans. Buyers have often complained of having only one option of processors for Samsung smartphones, usually depending upon the region.

The shift to Snapdragon 865 for the Galaxy S20 FE will surely annoy those who wanted the chipset on the 4G version of the phone but couldn't get one. A similar problem is faced by buyers of other high-end Samsung smartphones, wherein options are even more limited to Exynos processors across the variants.

This, of course, depends on whether the speculation turns out to be true or not.

The reliance on Exynos processors further limited Samsung against its competitors. Galaxy S20 FE 4G for instance, competes with the likes of the OnePlus 9 in its range. That means pitting the Exynos 990 against Qualcomm's best Snapdragon 888 processor- hardly a match.

The 5G variant of the device, on the other hand, still stood a chance with the Snapdragon 865 chipset. Though it still cannot boast of being the best in the category.

Other than the processors, the Galaxy S20 FE 5G offers top-notch specifications in its category. The device comes with 8GB RAM and 128GB storage that is further expandable up to 1TB using an external microSD card.

It is backed by a 4,500mAh battery with Wireless Charging 2.0 and 25W fast charging support. It also supports reverse charging as Samsung's Wireless PowerShare, allowing it to charge supported devices.

At this price, the Galaxy S20 FE 5G directly competes with the OnePlus 9, wherein it falls a bit short. A simple reason is that the OnePlus 9 offers Qualcomm's best Snapdragon 888 processor at a starting price of Rs 49,999 for the 8GB/ 128GB variant. This is excluding the offers running on the device as of now.

Other than the obvious processing advantage, the OnePlus 9 features a Hasselblad camera setup as the marquee of the series. In addition, OnePlus is known for its timely updates, with the first update for the device already out even before its availability to buyers.

Also read: | Thief snatched phone in Noida, returned it because it was Galaxy S10 Plus and not OnePlus 9 Pro
Also read: | Rumours suggest that Samsung Galaxy Z Fold 3 is going to get a big downgrade in display
Also read: | OnePlus Pay may launch in India soon, to take on Google Pay, PhonePe and other digital payment apps