The lens is expected to be created using the pixel binning technology and will be able to capture more information than even the human eye. 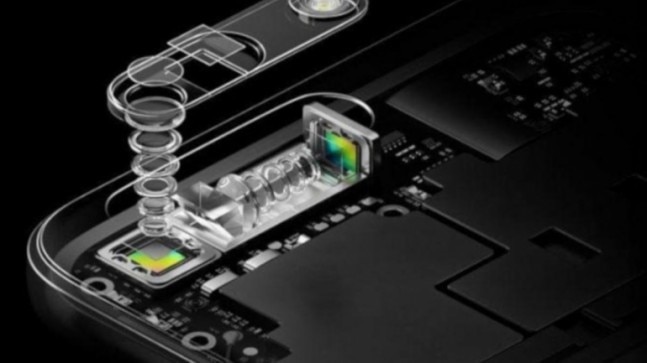 The launch of the Galaxy S20 Ultra saw Samsung equip its latest flagship with a 108-megapixel sensor. The joint highest for smartphones, this lens helped ensure that Samsung grabbed a lot of headlines over the last few months.

Apart from elevating the photography performance of the device, the lens also showed how the phone maker has evolved its camera technology at a rapid pace by upgrading from 12-megapixel lenses to bigger lenses in a span of a few years.

The information was revealed by Samsung's Yongin Park, Head of Sensor Business Team, who announced Samsung's plans to deliver small camera sensors capable of matching and exceeding the resolution of the human eye, said to be around 500 megapixels.

in a post published on Samsung Newsroom, he said: "To date, the major applications for image sensors have been in the smartphones field, but this is expected to expand soon into other rapidly-emerging fields such as autonomous vehicles, IoT and drones. Samsung is proud to have been leading the small-pixel, high-resolution sensor trend that will continue through 2020 and beyond, and is prepared to ride the next wave of technological innovation with a comprehensive product portfolio that addresses the diverse needs of device manufacturers. Through relentless innovation, we are determined to open up endless possibilities in pixel technologies that might even deliver image sensors that can capture more detail than the human eye."

While the company has not given a timeline for the launch of this sensor, it does, however, hope the jump can be made in the near future. To highlight this it notes how it made the jump to 108 megapixels from 64-megapixel lenses in merely six months.

In the post, Samsung has also explained that it is not only looking at increasing sensor size for the future camera but also, creating new technologies that can fundamentally change how we interact with the world around us in the future.

"Not only are we developing image sensors, but we are also looking into other types of sensors that can register smells or tastes. Sensors that even go beyond human senses will soon become an integral part of our daily lives, and we are excited by the potential such sensors to have to make the invisible visible and help people by going beyond what our own senses are capable of."

ALSO READ: | Vodafone will give you cashback if you recharge for someone in need: Everything you need to know
ALSO READ: | OnePlus 8 and OnePlus 8 Pro: CEO Pete Lau shares camera samples, explains new burdenless design
ALSO READ: | Asus ROG Phone 2, OnePlus 7T and other phones for quality gaming during coronavirus lockdown
Tags: Samsung