Realme has already rolled out Android 11-based Realme UI 2.0 on a range of smartphones. 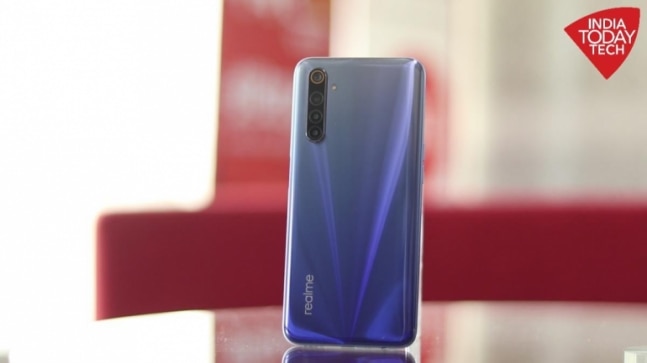 Realme has opened the Early Access Programme that brings the beta versions of Android 11-based Realme UI 2.0 for several old smartphones. The Realme X2, Realme 6, Realme X3, Realme X3 SuperZoom, Realme C12, and Realme C15 are now eligible for the programme but there will be limited slots. This means if you are interested in enrolling your device for the Android 11 programme, you will have to hurry up. But before you decide that, Realme has a warning that this software is not stable and may have an "unpredictable impact" on the device.

The Early Access Programme for Realme UI 2.0 brings new Android 11 features, such as the more dark mode features, power button menu, and tighter privacy controls. But all these features are not fully stabilised for use, which is why the beta version may cause some problems on the devices. So, be very sure before you apply for the programme and set out to download the Realme UI 2.0 update on your device. To apply, you need to go to Settings on your device, followed by a tap on the Software update section. Now, select Trial version where you will be required to fill out personal details, and then hit Apply now.

After the Early Access Programme will be complete, these smartphones will gradually receive the stable Android 11 version. Realme's roadmap for Android 11 rollout mentioned that these six smartphones will get the Realme UI 2.0 in the first quarter of 2021. So far, Realme has rolled out stable Android 11 for the X50 Pro, Narzo 20 Pro, Narzo 20, Realme 7, Realme 7 Pro, Realme 6 Pro, and Realme X2 Pro. All of these smartphones are now running the latest version of Android 11 with Realme UI 2.0 while the beta trials for the aforementioned six devices are already underway.

In other news, Realme is set to launch the X7 and X7 Pro smartphones in India on February 4. The two smartphones will bring 5G connectivity in the mid-end market. The Realme X7 5G for India is not the same as the one launching in China. Instead, the smartphone will be a rebadged version of the V15 5G that Realme will launch in India. The Realme X7 5G is powered by an octa-core MediaTek Dimensity 800U processor while the X7 Pro 5G comes rocking an octa-core Dimensity 1000+ chipset. Both phones share the 64MP main camera on the back.