Shivnath Thukral, WhatsApp's public policy director, has been asked to take over Das's duties on an interim basis until a replacement can be found, as per a report. 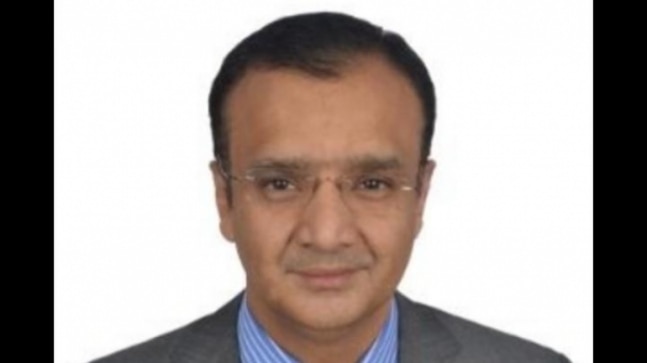 Shivnath Thukral, WhatsApp’s public policy director, has been asked to take over Das’s duties on an interim basis until a replacement can be found, as per a report. (Picture: LinkedIn)

However, there has been no official word from the company yet.

Thukral worked for two years as the Facebook's public policy director for India and South Asia until March 2020.

More significantly, TIME reports notes that Thukral was associated with BJP during the party's campaign in General Elections in 2014. In other words, TIME alleges that Thukral was close to BJP. According to the report, in 2019, he also walked out of a meeting when concerns were raised about a BJP leader's Facebook post that suggested Muslims were rapists. That Facebook post, even though it was flagged off as hate speech internally, remained online for over a year. It was removed only after TIME highlighted it.

The TIME allegations are significant because the resignation of Ankhi Das came several weeks after the Wall Street Journal and TIME highlighted how she allegedly shielded Facebook posts made by BJP leaders. Some of these posts were highlighted as hate speech by Facebook staffers but the company reportedly did not remove them or took any action against the leaders who made these posts because Ankhi Das intervened on their behalf.
Facebook, however, has said that the resignation of Ankhi das is not related to her alleged role in shielding hate speech on the platform.

"Ankhi has decided to step down from her role in Facebook to pursue her interest in public service. Ankhi was one of our earliest employees in India and played an instrumental role in the growth of the company and its services over the last 9 years," Ajit Mohan, Managing Director India of Facebook, said in a statement to India Today Tech. Das was last week called by a Parliamentary panel to discuss Facebook's stand on India's upcoming data protection bill.

In recent times Facebook executives have faced increasing scrutiny about the way the company treats and deals with hate speech. Until a few weeks ago, Facebook CEO Mark Zuckerberg did not believe that denying Holocaust, an event that saw death of millions of Jews and hate crime against them, as hate speech. However, recently, and two years after he refused to call Holocaust denial hate speech, Zuckerberg changed his stance.

"Today we're updating our hate speech policy to ban Holocaust denial," Zuckerberg said in a Facebook post. "We've long taken down posts that praise hate crimes or mass murder, including the Holocaust. But with rising anti-Semitism, we're expanding our policy to prohibit any content that denies or distorts the Holocaust as well. If people search for the Holocaust on Facebook, we'll start directing you to authoritative sources to get accurate information."

However, even as Facebook's policy on hate speech evolves, the case of India shows that the company can still seem to be quite selective in the way it applies policies. Allegations that Facebook is biased in favour of BJP leaders have been made by Congress and other political parties in India. In that context, Thukral's appointment is bound to raise eyebrows. India Today Tech has reached out to Facebook for a comment on the TIME report and we will update the company if and when we receive inputs from the company.