WhatsApp will start taking action against the users who have not accepted the privacy policy starting today. 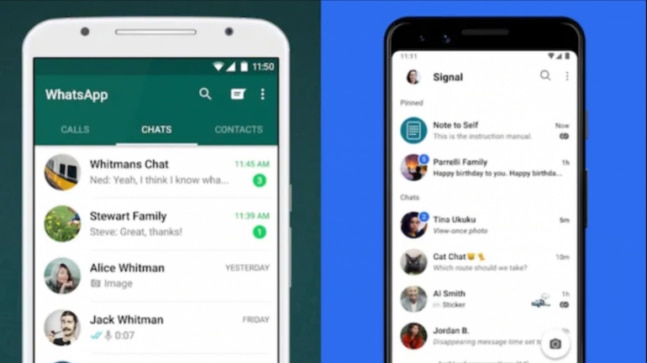 WhatsApp will start taking action against the users who have not accepted the privacy policy starting today. No, it won't remove the account of users but take away some basic features. Users still are in two minds about accepting the privacy policy as there is too little information on what it truly signifies. Meanwhile, Signal, an encrypted messaging app, has made the full use of the opportunity to attract users to its own platform.

A couple of days before the May 15 deadline, which was being dreaded by many, WhatsApp announced that it would not delete the accounts of users even if they don't accept the privacy policy by May 15. Today WhatsApp reminded users that it won't delete their account by putting up a cheeky update on Twitter.

WhatsApp has been at the receiving end of users ever since it has announced its new privacy policy. The users were first informed about it through an in-app notification in January to accept the privacy policy by February 8. However, the lack of clarity around the same created a furore amongst users and most of them migrated to other messaging apps including Signal, Telegram. The users assumed that WhatsApp will share the private conversation of users with Facebook which forced the company to postpone the date to May 15.

However, now the terms and conditions have been changed. Earlier, WhatsApp had given an ultimatum to users to accept the privacy policy to continue using the app, but now it has said it won't remove the account. While WhatsApp might not remove the account, it will take away some basic features and turn it into a dummy app.

"After a few weeks of limited functionality, you won't be able to receive incoming calls or notifications and WhatsApp will stop sending messages and calls to your phone. At that point, users will have to choose: either they accept the new terms, or they are in effect prevented from using WhatsApp at all," WhatsApp told The Guardian in a statement.