Samsung Galaxy Note 20 Ultra users are facing a peculiar issue that has seen Google Pay rendered useless on their phones. 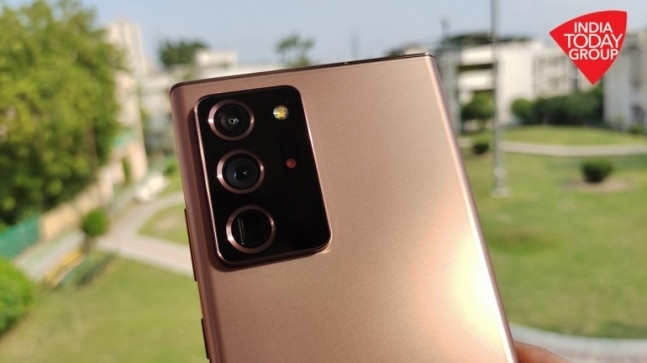 Samsung's Galaxy Note 20 Ultra is among the best in the business, both in terms of hardware and feature set. Backed by solutions such as Samsung and support for third party applications like Google Pay, the Note 20 Ultra offers a premium experience to its users. However, recent reports claim that there's a strange glitch affecting the phone which is leading to a less than satisfactory experience on these phones.

According a report published by Android Police, there have been user reports of the Note 20 Ultra users facing a peculiar issue which has seen popular payments platform, Google Pay, rendered useless on the phone.

Those affected claim that Google Pay is letting them set up the app and add cards, even allowing to set it as the default payment provider on the phone, however, the phone isn't allowing any transactions to go through using the app as these are resulting in a failure or an error: a red exclamation point in the Google Pay app.

The report further adds that the usual troubleshooting methods which involve checking the app for neccecary permissions, or for the matter if it's exempt from power-saving optimizations are not helping. Interestingly, the issue appears to be common on both the Snapdragon and the Exynos versions of the Note 20 phones with users reporting the device running into the same problem across regions.

While we particularly haven't faced this issue till now, we understand how frustrating an issue such as this could be for users, especially in India, a country where a lotn of people do rely on Google Pay for making payments.

But despite this, the Note 20 Ultra is still a very good phone, one that promises high-end specs to help you through most tasks of daily use. In India, the device comes with an Exynos chipset paired with 12GB of RAM and up to 256GB of expandable storage. The phone is clad with a 6.9-inch display and hides underneath the surface a massive battery pack that clocks in at 4500mAh.

The Note 20 Ultra also gets a new S Pen with five new gestures this year. This new S-Pen also supports reduced latency which is down to 9ms -- from 42ms on the previous version of the S Pen. This makes the S Pen feel more responsive, and when paired to the fast 120Hz, the display helps make it flow like a breeze on the Note 20 Ultra's display.

Apart from this, there's a lot more to like about the phone, including its premium design that feels every bit like flagship when you hold it in the palm.