Sony has introduced a new 32-inch smart TV in India. The Sony 32W830 Smart Android LED TV has been launched in the country at Rs 31,900 – a price point where you usually see bigger televisions. 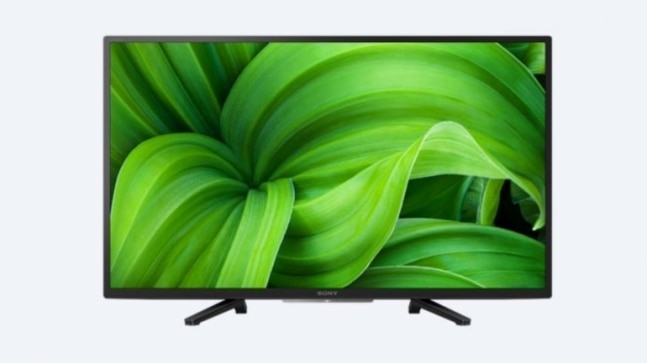 Sony has introduced a new 32-inch smart TV in India. The Sony 32W830 Smart Android LED TV has been launched in the country at Rs 31,900 a price point where you usually see bigger televisions. However, Sony claims this to be the most feature-rich 32-inch smart TV in the country. The new Sony TV comes with Android TV software, support for Google Assistant, and HDR support for the HDR10 and HLG formats.

The television will be available across Sony's distribution channels, including major online and offline retailers, as well as Sony Center exclusive stores, from April 15 onwards.

Sony 32W830 runs Android TV. However, the company doesn't mention the version of Android it has used. That's a common practice from the electronics maker. The television provides support for Google Assistant. This can be accessed through the dedicated button on the remote control or using any linked smart speakers for hands-free controls.

The TV has a display resolution of 1366x768 pixels, and also has Google Chromecast built-in for casting from compatible devices. Sony has equipped the TV with HDR support and claims that both HDR10 and HLG formats are supported. Sony 32W830 delivers Full HD clarity and is capable of upscaling the content quality.

For connectivity, there are three HDMI ports, two USB ports, 3.5mm audio output, and Bluetooth 4.2 for wireless audio. HDMI ARC is supported, and the TV has a rated audio output of 20W from its stereo speaker system. There is 16GB of internal storage for apps and app data, and Sony's X-Reality Pro picture processing technology.

What do we think of the price?

Smart TVs are evolving fast. Many new companies have entered the market while those active in different categories, like Xiaomi and Realme, have also penetrated. This has led to more, better and affordable options for interested buyers. The 32-inch category has been the most sought after in India when it comes to smart TVs. Both Xiaomi and Realme have been selling their 32-inch TVs for a significantly lower price than Sony 32W830.

Other brands like AmazonBasics, Vu and Hisense also have 32-inch and 43-inch smart TVs priced less than Sony 32W830. Some of these even come with Dolby Vision or Dolby Atmos support both of which are missing on the Sony TV. However, the brand has a legacy and promises reliability. It has a strong after sales network which should also be a reason to spend more.

Also Read | In 90s Elon Musk did 2 jobs a day, his reaction to it on Twitter is viral
Also Read | WhatsApp has status flaw, stalkers are using it to track women online using automated apps
Also Read | OnePlus 9R review in five points: The best smartphone under Rs 40,000?