Sony has not announced when DualSense controller will be launched but it should be sometime around when the PlayStation 5 will arrive. 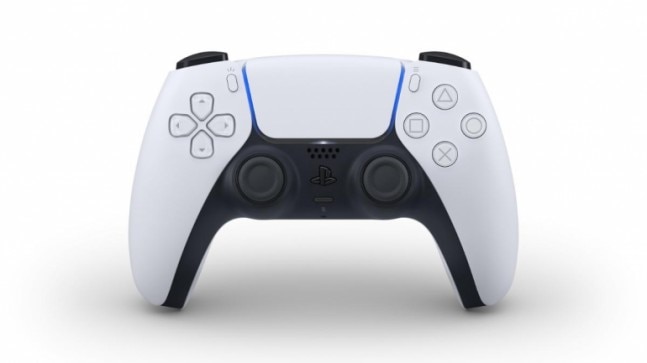 Sony PlayStation 5 is still months away from its official launch but the Japanese company is building the hype already. As a part of that activity, Sony has formally announced a new DualSense controller that is a massive upgrade over the last-generation DualShock controller. Not only the name has been changed but a horde of features and various improvements have also been introduced for Sony's game controller that will launch alongside the PlayStation 5. While Sony has not revealed when DualSense controller will debut, it is likely the next-generation controller will be announced close to PS5's launch in fall.

In a blog post, Sony has detailed what has changed in the controller and it seems a big departure from the DualShock 4 that debuted with the PlayStation 4 back in 2013. The biggest takeaway from the post is the enhancements in how haptic feedback performs on the DualSense. The new and improved haptic feedback brings "a variety of powerful sensations" that will work for the minutest of changes in the gameplay, such as "the slow grittiness of driving a car through mud." The L2 and R2 buttons now have what Sony calls the adaptive triggers, which would emanate "the tension of your actions."

The previous-generation DualShock 4 controller had a "Share" button, which has been reprogrammed on the DualSense controller. Sony has named the button "Create" and packed it with the ability to "create epic gameplay content" and share it with everyone. Sony has said it will divulge more details as the launch nears.

A major part of effective gameplay is communication with the teammates in a match. DualSense is facilitating that necessity with a built-in microphone array, which would eliminate the requirement of a headset. "But of course, if you are planning to chat for a longer period, it's good to have that headset handy," Sony noted on its PlayStation blog. The buttons on the DualSense have also been modified in favour of seamless design. The PlayStation button is now carved in the shape of its logo while the triggers have received a better-angled design on the DualSense controller.

DualSense's design, Sony said, is based on dual tones, unlike the monochromatic DualShock 4. There is grey and black deftly applied to different parts of the controller. The position of the light bar has also been changed to "give it an extra pop." It is now located at each side of the touchpad. "In all, we went through several concepts and hundreds of mockups over the last few years before we settled on this final design," Sony said.

Sony has started shipping the DualSense controller to developers for customising their games accordingly. Its commercial launch and price are not specified yet. The DualShock 4 was priced at $59.99 at the time of launch, so similar pricing can be expected for the DualSense.

OnePlus 8 Pro: 30W wireless charging is good, but is it too little too late?

Facebook rolls out Tuned, an app designed for use by couples