Besides additional information on Sony PlayStation 5, we might have a peek at the price and release date of the Xbox Series X rival. 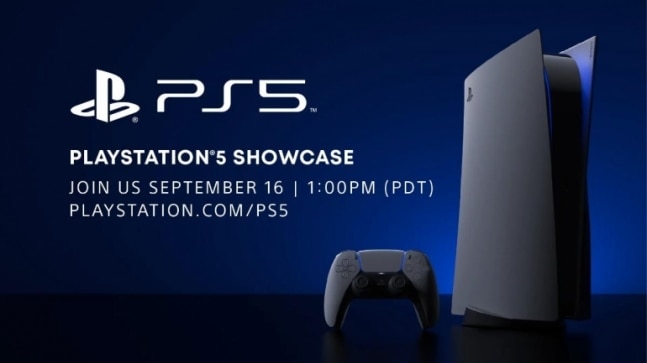 Sony has announced it is holding a special PlayStation 5 event on September 16. The gaming console maker is teasing some sort of a "showcase" that will be live-streamed later this week, wherein the final updates on the PlayStation 5 might be announced. The June event for PlayStation 5 focused on the console and the titles arriving on it but the upcoming one could be for revealing its price and the release date.

The official price details are not out yet but Bloomberg has an idea of what the PlayStation 5 might cost. According to its report citing analyst Masahiro Wakasugi, the PlayStation 5 could cost as low as $449 (roughly Rs 33,000) while the PlayStation 5 Digital Edition (the one without the Blu-ray disc player) could go for a lower $400 (roughly Rs 30,000) price. These prices are in line with what the Xbox Series X costs, $499 in the US (Rs 49,990 in India) but Microsoft's Xbox Series S console could be a huge deal for $349 (Rs 34,990 in India), the cheapest of them all.

Sony's announcement comes close on the heels of Xbox Series X and Series S launch that Microsoft had to hold prematurely because the leaks went berserk. The actual announcement for Xbox Series X and Series S was scheduled to take place next week before the company had to give in to leaks. Sony does not want to stay behind. It also does not want Microsoft to fade away the charm of PlayStation 5 just because it the last time we about it was in June. Which is why it is holding an event to talk more about the PlayStation 5.

Sony did begin registrations for pre-orders of PlayStation 5 but it is a complicated affair. Microsoft straight-up opened the pre-orders to begin from September 22 in the US while the release is slated for November 10. Sony, on the other hand, will let you pre-order only if you have an invite. Moreover, the pre-order dates are not even final yet. This entire strategy with the PlayStation 5 might not go well with customers who are seeing the ease with Xbox Series X purchase later this year.

Long story short, Sony will see fewer pre-orders and purchases of PlayStation 5. That might seem like a bad move on Sony's part but could be an outcome of a supply shortage. A Bloomberg report has suggested that Sony is cutting the production of PlayStation 5 units by 4 million this fiscal year that ends next year in March. This is a huge volume but Sony is very well moving ahead with as many as 11 million units. The report has cited there might be manufacturing problems for the custom processor that the console runs on, which is all leading to the cutdown on production.