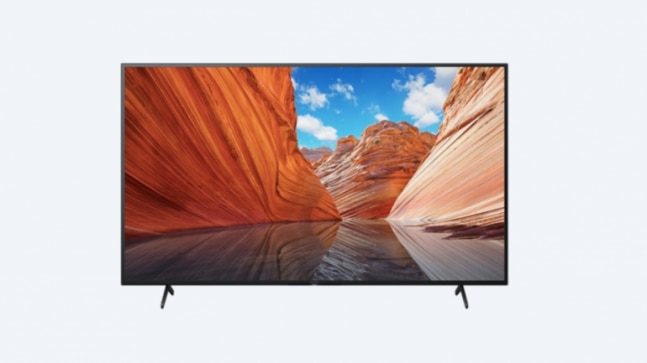 The built-in microphones on the TV allow for a hands-free experience.

One of the highlights of the new series is that it integrates Google TV which allows users to browse up to over 7 lakh movies and TV episodes from across their streaming services. It includes support for Google Assistant. The built-in microphones on the TV allow for a hands-free experience.

The KD- 65X80J model from the series will be available in India from April 9, 2021. It is priced at Rs 1.30 lakh (approximately). The TV will be available across all Sony Centers, major electronic stores and e-commerce portals in India. Sony has also announced that new models in X80J series from 108 cm (43 inch) to 189 (75 inch) will be launched soon.

The new X80J series is built with the new and improved X-Protection PRO technology. It is claimed to be equipped with superior dust and humidity protection and has passed Sony's lightning tests, meaning your TV is safeguarded as of lightning strikes and power surges. The TVs also have Apple Home Kit and AirPlay support. Users can integrate their Apple devices like iPads and iPhones with their Sony TV for streaming. The Sony X80 series is powered by the X1 4K HDR picture processor.

All the models support upscaling of content which means that even images filmed in 2K and Full HD can be upscaled close to 4K resolution by 4K X-Reality PRO using a unique 4K database. The TV is also equipped with the TRILUMINOS Pro display. The TRILUMINOS Pro algorithm can detect colour from saturation, hue, and brightness for an enhanced display.

For sound, the TV is equipped with an X-balanced speaker feature. The lineup also supports Dolby Vision and Dolby Atmos.

For audio, the new series has X-balanced speakers that are design to complement the sound quality and slimness of the televisions with its unique new shapes. It is claimed to deliver a clear sound.