Sony has announced the WH-CH710N for the Indian market as one of its most affordable noise-cancelling headphones. The headphone is priced at Rs 9,990. 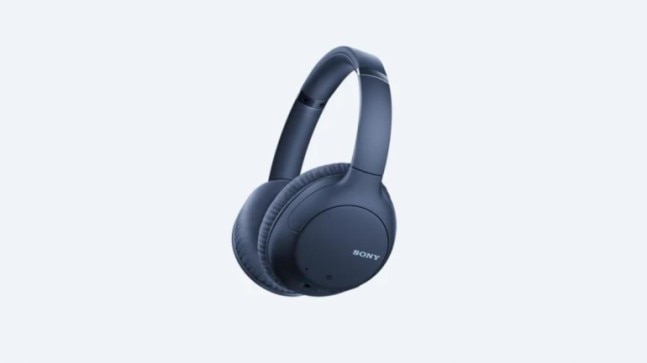 The new Work From Home era has made a couple of gadgets compulsory for a comfy work experience and headphones is one of those categories. Sony wants to take advantage of the situation and has come up with another pair of affordable headphones in India. It's called the WH-CH710N and has been priced at Rs 9,990. The major highlight of the WH-CH710N is the active noise cancellation, a feature that's mostly limited to more expensive earphones.

The WH-CH710N looks identical to the existing Sony over-the-ear headphones. Sony is bringing two major features that matter to wireless headphone users a lot. One of them is active noise cancellation, which Sony calls ANC. Paired with the Sony Headphones app, the WH-CH710N uses artificial intelligence to alter the noise isolation levels using its microphones.

The next highlight on the WH-CH710N is the long battery life. The WH-CH710N promises to deliver up to 35 hours of battery life. That said, there's Quick Charge onboard that allows getting a battery life of up to 60 minutes with a short refill of 10 minutes. The headphone has a USB-C port for charging.

That said, if you run out of battery, there's an AUX port that you can use to connect to the phone, provided your phone has a 3.5mm headphone jack. Sony bundles an AUX cable with the WH-CH710N.

Sony also says the WH-CH710N feature swivel design for the earcups that make it easy to pack them in bags. The headphone features Bluetooth 5.0 for connections.

Sony is currently bringing the WH-CH710N in two colours: black and blue. The WH-CH710N will be available in all Sony retail stores as well as other e-commerce platforms.