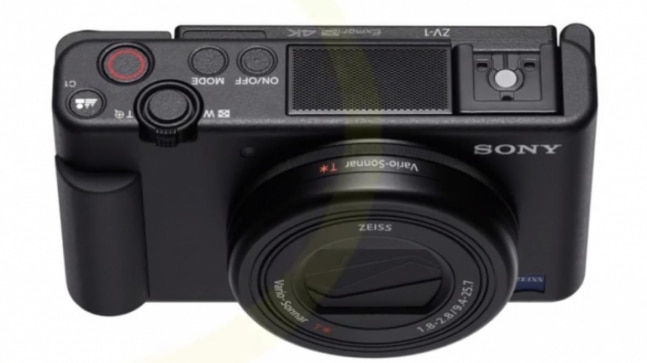 With the rise of vlogging culture across the globe, imaging brands want to grab this opportunity by introducing specific cameras. While we do have a couple of Sony cameras which are used for making video blogs such as Sony RX100 series cameras, Sony RX0 Mark II and others. The same Japanese camera maker has now unveiled Sony ZV-1 in India. Sony has launched a new digital camera at a price of Rs 77,990. The ZV-1 camera is compact and especially designed for digital content curators.

Sony ZV-1 has launched in India for a price of Rs 77,990. The ZV-1 vlogging camera will be available starting from August 6, 2020. Camera users, vloggers, and other digital content creators will be able to purchase Sony ZV-1 from Amazon India.

Sony ZV-1 brings with itself a 1-inch 20.1-megapixel CMOS sensor and supports a 2.7x optical zoom. The ZV-1 gets an aperture scale of F1.8-to-F2.8 and an ISO scale of 125-to-12800. The ISO range allows ZV-1 to shoot better quality images and videos under low-lighting conditions. The 3-inch touch screen LCD display of Sony ZV-1 can be flipped-out entirely for flexible video shooting. The vlogging camera can record 4K videos at 30 fps, FHD videos at different frame rates ranging from 24p to 120fps.

Sony ZV-1 comes with hybrid autofocus module with 315 phase detection points, and real-time face and eye tracking. For vlog-specific aspect, Sony ZV-1 comes with Product Showcase setting which allows for a quick focus transition between the subject's face and the object placed in front of the lens. This feature will help vloggers in making unboxing, or product review videos.