Sony launched the PlayStation 5 console in November last year but it began selling in India earlier this month. 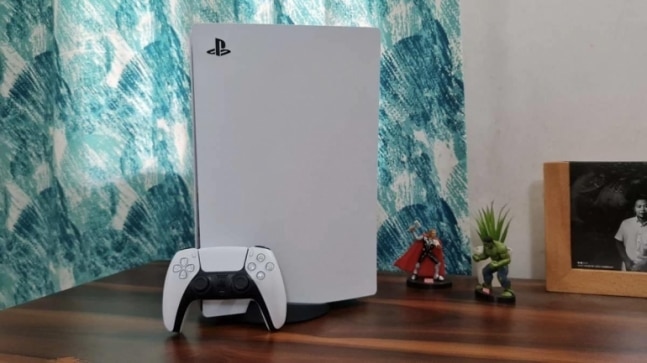 Sony is adding support for SSD expansion to the PlayStation 5 consoles. According to a report by Bloomberg, the functionality will be added this summer through a firmware update to both PlayStation 5 and PlayStation 5 Digital Edition. There is already the M.2 expansion slot on both consoles, but the software does not allow it to work right now. The announcement comes months after the PlayStation 5 was released into the world, although enthusiasts in India were not lucky enough. Sony released the PS5 on February 2, around four months after the US launch, with limited stocks.

The firmware update, the Bloomberg report said, will not be just limited to adding support for SSD storage. It will make the cooling fans inside the consoles run even faster because the addition of a third-party SSD is going to generate more heat than now. The inbuilt SSD on the Sony PS5 is already optimised to run at the maximum speed of 5.5GB per second and an external one that users may add to the console will need to support the ballpark of this speed. As a result, the console may get toasty over time, and this is where the increased fan speed comes into play.

Sony PS5 comes with 825GB of SSD space but the usable space is just 667GB. As such, downloading games such as Call of Duty -- which hogs over 130GB while most other games cover at least 40GB space -- and keeping with its files will make the console run out of space. Adding an external SSD will help avoid this situation. But it is not currently known how much storage the PS5 will support as and when the software is rolled out. The architecture of the Sony PlayStation 5 does not allow for easy addition of external storage -- something that games typically do to add storage. This is supported on the previous-generation PS4 consoles though. Adding the SSD will not be buttery smooth either. Players will need to unscrew the plastic cover open to add the SSD storage unit to the console.

With the new functionality, the Sony PlayStation 5 will become an even more aggressive rival to the Microsoft Xbox Series X, which has supported SSD storage expansion since the beginning. Third-party storage unit makers, such as Seagate, already sells the SSD unit for the Xbox Series X. It costs Rs 23,499 in India while the US price is $220, which translates to roughly Rs 16,250. While Sony PS5 took much time to make it to the Indian market, the SSD units are likely to be available around the same time as their US (or global) launch. Seagate could be among the third-party sellers for Sony PS5 SSD units.

Twitter is working on new 'Safety Mode' feature: All you need to know